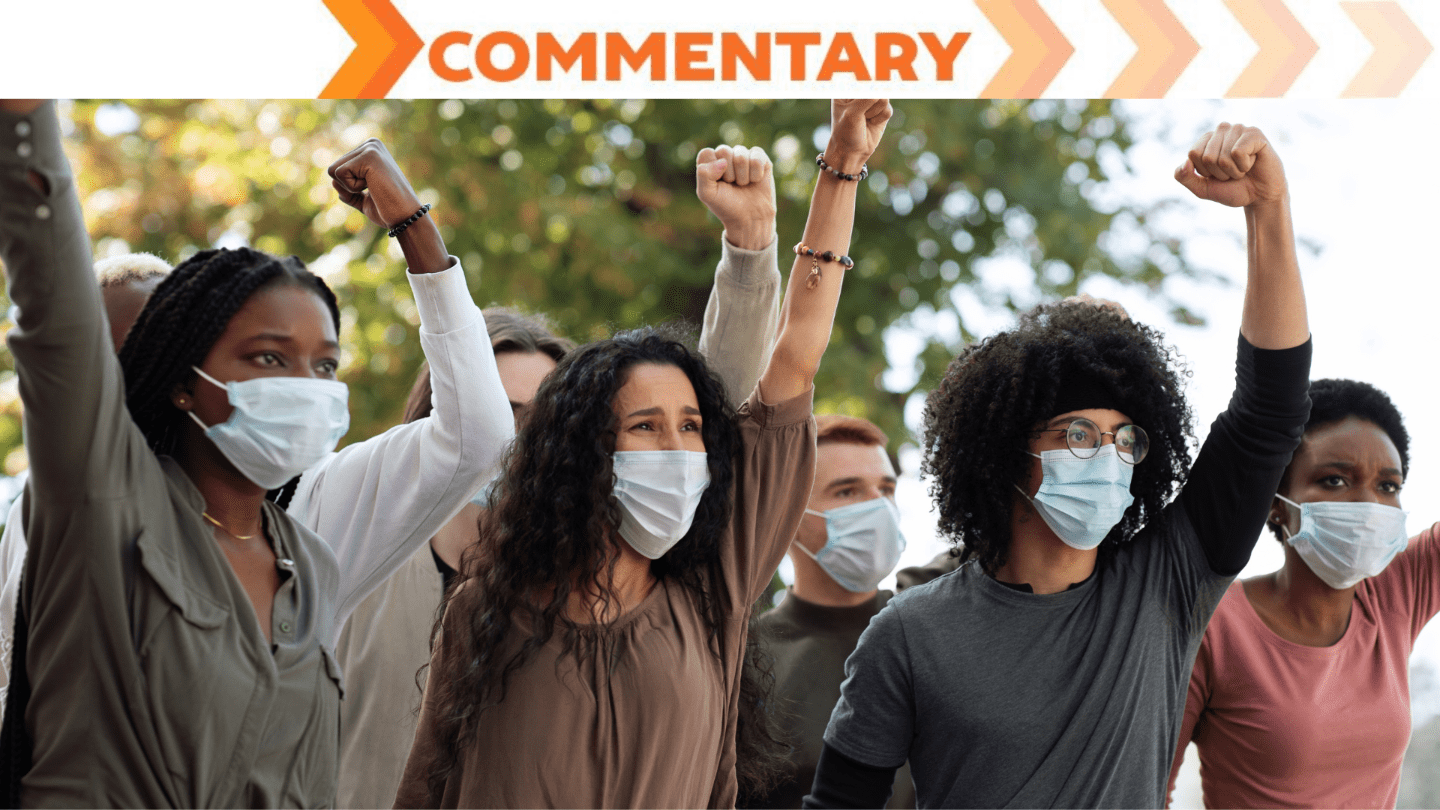 [This essay was first published in the Dec. 2020 issue of The Networker.]

The main purpose of government is to assure the well-being of the people — all the people. In 1932, Franklin Delano Roosevelt wrote, “The success or failure of any government in the final analysis must be measured by the well-being of its citizens. Nothing can be more important to a state than its public health; the state’s paramount concern should be the health of its people.”

A valid way to measure a community’s well-being is to measure the health of its members because a person’s health reflects the circumstances of their life. Health scientists call this relationship “the social determinants of health.”

1. Social and economic factors — education, employment, income and income disparities, family and social support, community safety — responsible for about 40% of a community’s health.

2. Physical environment — air and water quality, housing quality, and available transportation — responsible for about 10% of a community’s health, on average.

3. Clinical care and quality of care — access to doctors, hospitals, medical devices, and pharmaceutical drugs — which are thought to be responsible for 20% of a community’s health.

These estimates are based on average conditions across the country, but the causes of poor health in specific communities may differ greatly. For example, physical environment could count for much more than 10 percent of a community’s health if residents are living with constant exposure to toxic industrial chemicals.

Still, when the causes of ill health are apportioned into these four categories, we can learn something important about health in the U.S.

Even though doctors and hospitals account for only about 20 percent of health, the U.S. spends an enormous sum ­– $3.7 trillion (about 18 percent of GDP [gross domestic product]) — each year on clinical care. In other words, about one out of every five dollars that flows through the entire U.S. economy is spent on doctors, hospitals, medical devices and pharmaceutical drugs. How does this compare to other rich countries?

Here’s what they found:

So, what are we getting for our money? How does health in the U.S. compare to these other countries? Is it twice as good or three times as good?

Life expectancy at birth is a the most common overall measure of the well-being of a population. In 2017, the average life expectancy in the 10 wealthy countries (listed above) was 82.2 years. The average of the 36 OECD countries was 80.7. The U.S. came in last among the rich countries at 78.6 years.

Infant mortality is the second most-used indicator of the quality of a nation’s health. In 2016, in the 10 rich countries, the average number of infant deaths per 1000 live births was 3.4; in the U.S., it was 5.9. Among all 37 OECD countries, the U.S. ranked #33, ahead of only Chile, Colombia, Mexico, and Turkey.

A fourth excellent measure of a nation’s overall health is the proportion of adults (18 and over) who have been told by a doctor that they have two or more chronic conditions (including joint pain or arthritis; asthma or chronic lung disease; diabetes; heart disease, including heart attack; or high blood pressure). In 2016, the average among the 10 rich countries was 16.5 percent; in the U.S., it was 28 percent.

A fifth way to judge the success of a government’s success at maintaining the health of its people is called “avoidable deaths” or “deaths amenable to health care.” This measures deaths at particular ages from 34 different diseases — deaths that can be avoided by timely and appropriate medical care. You could call these “unnecessary deaths.” Among the 10 rich countries in 2016, the average was 69 unnecessary deaths per 100,000 population. Here again, the U.S. came in last with 112 unnecessary deaths per 100,000 people.

An unusual — but telling — indicator of the well-being of the U.S. population is the proportion of young people eligible for military service. In 2018, 71 percent of U.S. youths, ages 17 to 24, could not join the army, even if they wanted to, because they could not meet minimum requirements, either for physical fitness, education, or health. Some 24 million of 34 million U.S. youths ages 17 to 24 were ineligible.

In sum, the U.S. system for maintaining health is the most expensive in the world and, by many measures, produces astonishingly poor results. This is not necessarily the fault of doctors and hospitals, which account for only about 20% of health outcomes, as noted above. The major determinants of health or illness are “physical environment” (air, water, soil, streets and buildings) and “social and economic factors” (which influence “personal behavior” such as the use of tobacco or illicit drugs). Together these factors control at least 80 percent of a community’s health.

The stated goal of public health is to “assure the conditions in which people can be healthy” and, to achieve that goal, public health relies on primary prevention, which means eliminating the causes of illness and injury before they manifest. The public health system therefore can consider its proper domain to include inadequate education, lack of stable employment with fair wages and benefits, income disparities, poverty, unstable or inadequate housing, unsafe neighborhoods, crime, pollution of air, water, food, homes and other buildings, social isolation from friends, family, and community, and unhealthy behaviors like smoking, and abuse alcohol and drugs, all of which can contribute to illness, injury and death.

As a result of inadequate funding for public health, the U.S. endures a deep and unresolved moral problem ­because, to the extent that public health is neglected and underfunded, we cannot achieve social justice. Under social justice all persons are entitled equally to a standard of living adequate for the health and well-being of themselves and of their family, including food, clothing, housing and medical care and necessary social services, and the right to security in the event of unemployment, sickness, disability, widowhood, old age or other lack of livelihood in circumstances beyond their control, as stated in the Universal Declaration of Human Rights, which was initiated and endorsed by the U.S. December 10, 1948.

In other words, the underlying ethic of public health is social justice. Public health aims to minimize preventable death, disability and suffering for everyone, which requires health equity. The Robert Wood Johnson Foundation defines health equity as “everyone has a fair and just opportunity to be as healthy as possible. This requires removing obstacles to health such as poverty, discrimination, and their consequences, including powerlessness and lack of access to good jobs with fair pay, quality education and housing, safe environments, and health care.”

As Dan E. Beauchamp wrote in 1976, “Doing public health involves more than merely elaborating a new social ethic; doing public health involves the political process and the challenging of some very important and powerful interests in society. The public health model involves at its very center the commitment to a very controversial ethic — the radical commitment to protect and preserve human life. To realize and make visible this commitment means challenging the embedded and structured values — as well as sheer political power — of dominant interests. These interests will not yield their influence without struggle.”