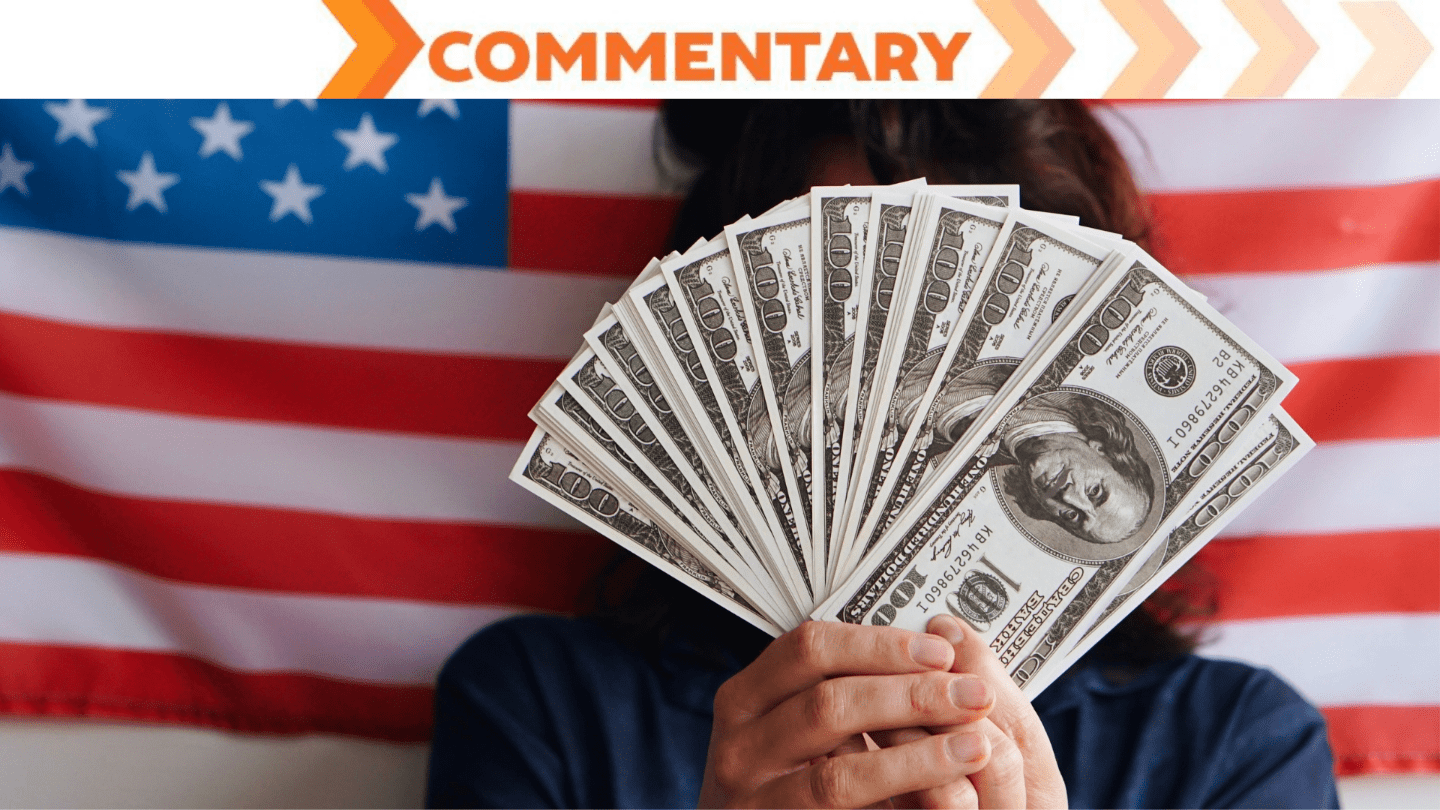 How to Eliminate Plutocracy and Build a Real Democracy

[An edited version of this essay appeared on Truthout.org Sept. 3, 2020]

The U.S. populace leans strongly to the left, yet the right-wing Republican party continues to win elections, control government, and enact a far-right policy agenda. For example, in 2001 and 2003, and again in 2017, Republicans enacted tax cuts that delivered 80 percent of the benefits to the richest one percent, which even most Republicans don’t favor. How is this possible in a representative democracy?

Several things are at work here:

First, since 1980 we have witnessed the rise of a tiny class of super-wealthy individuals. Now, the richest one-tenth of one percent among us owns wealth about equal to what’s held by the bottom 90 percent. These super-rich individuals have used their wealth to jigger the rules of money-in-politics, gaining unprecedented political power in both political parties. The super-rich no longer even have to spend their money to wield power: they can just whisper in the ear of anyone running for office, “We have unlimited funds to work for you or against you. It’s your choice.” To be blunt, we no longer live in a democracy. We live in a plutocracy. The opinions of ordinary people count for nothing in making public policy.

To maintain their political power and enact their unpopular agenda, the tiny band of plutocrats has stoked the fires of white identity and sabotaged democracy. As described by Yale’s Jacob Hacker and Berkeley’s Paul Pierson in their important new book, Let Them Eat Tweets, the plutocrats invented “plutocratic populism,” making strident, alarmist appeals to white identity. They “encouraged white backlash and anti-government extremism,” outsourcing voter mobilization to the National Rifle Association, white Christian evangelicals, and the burgeoning industry of radical-right media. When that proved insufficient, they used a wide variety of dirty tricks to disenfranchise voters. “In short, Republicans used white identity to defend wealth inequality. They undermined democracy to uphold plutocracy,” Hacker and Pierson write. And, most importantly, they succeeded.

Second, the plutocrats remade the Republican Party into something unique in U.S. history. From 1854 to 1960, the Republicans represented a coalition of interest groups including moderates, conservatives and even some liberals. Consider these planks from the 1956 Republican Party platform:

** America does not prosper unless all Americans prosper.

**…as President Eisenhower has said, “Labor is the United States. The men and women who, with their minds, their hearts and hands, create the wealth that is shared in this country — they are America.”

** The protection of the right of workers to organize into unions and to bargain collectively is the firm and permanent policy of the Eisenhower Administration.

** The Eisenhower Administration will continue to fight [to]… Assure equal pay for equal work for women.

** The Republican Party… commits itself anew to advancing the rights of all our people regardless of race, creed, color, or national, origin.

** The Republican Party supports an immigration policy which is in keeping with the traditions of America in providing a haven for oppressed people, and which is based on equality of treatment, freedom from implications of discrimination between racial, nationality, and religious groups…

Can anyone imagine modern Republicans favoring such ideas?

After 1960, the Republican Party morphed into a conservative ideological monolith that no longer tolerates moderates of any kind. The Party now stands for only two Big Ideas: government must be made as ineffective as possible because it threatens both plutocracy and white supremacy, and “liberty” means freedom of every white person (including corporations, now defined as persons) to do as he pleases, regardless of the consequences for others. (And the use of “he” in that last sentence was not a mistake.)

Third, Democrats has always been the party of the many, representing the interests of organized labor, small farmers, Blacks, immigrants, feminists, environmentalists, the urban poor and working class, Catholics, and more. Understandably, this has made it hard for the party to agree on a simple agenda. These groups formed the functional base of the party, turning out the vote. They understood that the purpose of the Party was to gain political power to deliver benefits to its many varied constituents.

In recent years, the party has become home to a more-educated technocratic elite who are less inclined to join in the day-to-day work of turning out the vote and delivering results for the party’s constituents. In his recent book, Politics is for Power, Eitan Hersh of Tufts University calls this “political hobbyism,” now enabled by social media. Political hobbyists tend to be well-educated, male, and centrist or liberal. They “follow the news, join an email list, make an occasional financial contribution, or attend a one-off rally, but they will shy away from deeper organizational engagement,” Hersh writes.

Political hobbyism harms democracy by diverting well-meaning people away from the pursuit of political power, which is still the purpose of political engagement in a democracy. Political hobbyists are ceding political power to those who want it more than they do. Yes, they are spending time on politics — often several hours each day — but without serious purpose. As an example of (creepy but real) serious political engagement Hersh describes a Ku Klux Klan chapter in North Carolina that is working to win over voters by offering help to opioid addicts.

Fourth, liberals and progressives have not mounted a stirring and convincing defense of government. Every program that liberals and progressives favor will require the participation and partnership of government. The pandemic, global heating, revitalizing life and work in the rural heartland, rebuilding the national infrastructure, extending broadband access to everyone, providing sufficient affordable housing, eliminating poverty and hunger, reforming the justice system, ending discrimination based on race, ethnicity, gender and age — ­every solution involves government. We cannot do these things alone, and government is how we do things together. Yet, progressives and liberals have allowed the right to discredit and debilitate government murderously, relentlessly without offering any effective response.

Fifth, the Republican right has spent decades building an infrastructure of think tanks, TV and radio stations, policy shops, and phony grass-roots organizations to gain and hold power. Right-wing funders have built organizations; most funders on the left have supported specific projects, not organizations, without thought for building political power.

What is to be done?

First, it’s all hands on deck for the November election. This election really is different. The future of democracy hangs in the balance. We can prepare for one party to claim victory on election night and then claim fraud as mail-in ballots are counted and the election results shift to the other party. Get ready; get involved.

The knockout blow to plutocracy would be to eliminate private money from our political system — not just elections, but the revolving door between elected office and corporate jobs, strict limits on lobbyists, and so on. The best way to do this would be to label it what it is: corruption. Then mount a massive anti-corruption campaign. Ordinary people on both left and right oppose corruption, so a left-right coalition can be built to end corruption, to get private money out of politics. The American Anti-Corruption Act would be a good start, and it pertains at all levels of government, municipal, county, state, and national. The Represent.us web site is a gold mine of good ideas, videos, and evidence that plutocrats can be defeated if we get together.

Many conservatives oppose corruption, but conservatives by themselves are not going to eliminate private money from the system. To end corruption, progressives would have to mount a tremendous coordinated campaign because big money has bought Congress and owns all the mass media.

Until we climb out of our silos and mount a massive cross-issue campaign, we will continue to win occasional small victories but also continue to lose our democracy bit by bit, piece by piece, until eventually every one of our wins has been reversed, as has happened with voting rights.

Convincing progressives of this reality is the major task before us.

If progressives don’t become convinced that every progressive issue depends upon eliminating private money from our political system — and that an unprecedented, coordinated campaign is the only way to do it ­– then democracy will very likely perish permanently from the U.S., and arguably from the earth, as Lincoln feared it might. The radical right has already set in motion its long-term plan for perpetual minority rule. They are decades ahead of us, but they can still be defeated.

After we get private money out of politics, then we can work on creating a real democracy built on “one person, one vote, no exceptions.” The people who set out to eliminate majority rule from the U.S. political system have been creative and thorough in developing many devious ways to deny the vote to everyone suspected of tending toward progressivism — the young, the old, people of color, immigrants, the disabled and anyone with low income. Guaranteeing everyone the right to vote will be complicated and will require organized eternal vigilance. Big money will never stop trying to weasel its way back in, to restore plutocracy, to control everything.