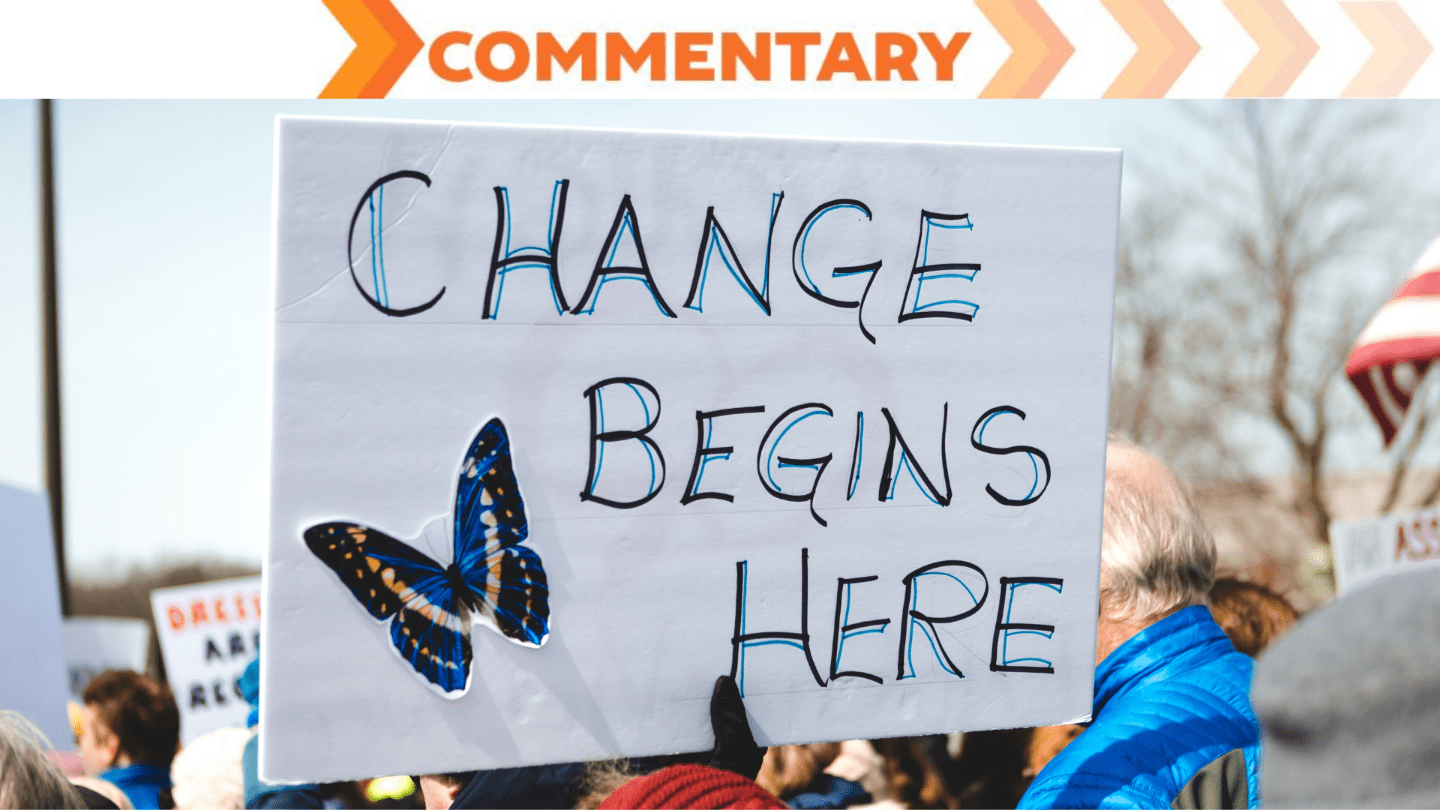 Like you, for a long time I’ve been trying to figure out what hit us — “us” meaning all the social justice activists fighting on a thousand fronts to create a healthy, just and equitable U.S. and world. Why do we win campaigns on specific issues (raising minimum wages, building affordable housing, expanding solar power…) yet continue to lose the struggle for a livable future? Despite our best efforts, we still face unprecedented concentrations of wealth and power, expanding economic insecurity (the “gig” economy), environmental catastrophe, and a resurgence of racism. Government hasn’t the capacity to fix these problems, and now democracy itself is at risk.

Why have we failed to turn a strong progressive platform and a willing populace into a force capable of governing the U.S.?

Recently, I found a compelling explanation — and a prescription for winning the long game. It’s a short (60-page) booklet called Dismantling Democracy by Donald Cohen, who runs a shop in Oakland, California called In the Public Interest.

I’ve grown pretty cynical about political advice, but I tell you, this booklet is really something different. It’s divided into two sections — first, how our adversaries deliberately worked us into this mess over the last 50-plus years, and second, 10 things we could do together now to develop a long game, to “build a movement and a nation rooted in protecting and advancing the common good.” The best part is, you can read the whole thing in 2 or 3 hours and it’s available free in PDF. My advice: read it, then think about it for a couple of weeks, then read it again.

At its core, the right-wing agenda of the last 50-plus years has been an assault on government. Government? Are your eyes glazing over? They want us to believe government is potholes in our streets and long lines at the Department of Motor Vehicles. Government? They say, “That’s socialism, giving away my hard-earned money to the undeserving, creating a nation of dependent moochers.” Or it’s fat-cat bureaucrats who retire on fabulous pensions while I can’t make ends meet on social security. Government? They tell us it serves someone else, not me. And besides, everyone knows it’s inefficient and wasteful, so let’s privatize it — schools, water departments, prisons, the military, let’s just privatize it all: let’s cut taxes, “starve the beast,” and shrink government so small we could drown it in a bathtub. As Ronald Reagan told us, “The nine most terrifying words in the English language are ‘I’m from the government and I’m here to help.’”

Why did the right wing spend decades demonizing government? There are three big reasons:

First, negative attitudes toward government have allowed the right to sustain their agenda of austerity (cut taxes, then cut benefits), privatization (it’s so much more “efficient,” wink, wink), and deregulation of big corporations (unleash the “job creators”). Destroying faith in government has allowed the rich and powerful to take control of government and re-write the rules to make themselves even richer and more powerful, eliminating “majority rule” from our political system, which they set out to do in the 1950s.

Second, bashing government convinced huge numbers of closet-progressives and “undecideds” that voting is a waste of time — no matter who wins, all you get is more useless government. As a result, even in a presidential election, 40% of eligible voters don’t even bother to vote. In mid-term elections, 60 percent don’t vote.

The third reason is that government plays an essential role in every issue that progressives and liberals care about. Discredit government, disarm progressives. As Donald Cohen puts it, “living wage campaigns use the power of government purchasing to lift economic standards; inclusionary housing policies employ the land use power of government to increase the amount of affordable housing; mass-transit systems rely on public spending of tax dollars; Social Security and Medicare depend on the government’s unique ability to create universal social-insurance programs; the Clean Air Act and the Pure Food and Drug Act that protect public health rely on the regulatory powers of the state. These are the essential public powers that have created every policy victory from National Labor Relations Act to banking reform, and much more.” No wonder the right has spent 50-plus years changing the public perception of government — government is the progressives’ most important friend if sympathetic people hold office and they work for the public good.

Corporate executives began campaigning in the 1950s to demonize government (they hated the Roosevelt’s New Deal and set out to roll it back). Despite their best efforts, Social Security and unemployment benefits have survived (so far), but the right wing totally succeeded in destroying public faith in government. In 1964, during President Lyndon Johnson’s first term, 77% of Americans said they trusted government to do what is right “just about always” or “most of the time.” Asked the same question in 2019, only 17% of Americans said they trusted their government.

Some progressives unwittingly helped the right by demonizing government during Watergate and anti-Vietnam War rallies, and by relentlessly bashing government for failing to protect the natural world. Mea culpa.

Instead of focusing on taking control (by voting) and changing the all-important “who” in government, we progressives surrendered it to our adversaries, who were only too happy to turn the mighty power of government to their own narrow advantage using clever, consistent, concerted strategies, which Donald Cohen describes in his little book. They made “government is hopeless” the conventional wisdom, and then they turned it into a self-fulfilling prophecy by gutting the capacity of government to promote the common good. As Paul Krugman wrote recently, “…decades of conservative attacks on the idea that government can do anything good have left America with a unique case of learned helplessness” unable to control a pandemic that has killed more than 140,000 people — most of them unnecessarily — and is ravaging our economy.

The only real antidote to decades of anti-government propaganda would be a long-game campaign to rehabilitate the idea of government, the idea that lifting up “public purpose” and “the public good” is how we can all thrive.

The second half of Donald Cohen’s little book spells out 10 strategies for building a coherent, powerful progressive movement to win the long game. It won’t be easy or simple. It means silo-busting, finding spaces and times for progressives to discuss and clarify their ideas, to develop “a clear and forceful restatement of the comprehensive case for effective government,” and to develop a clear statement of the kind of country we want to build. It means thinking creatively about how progressive groups are funded — as it is, they compete against each other for foundation and labor dollars. We need to talk out our differences over race, class, gender, and social issues. Then we can work to turn our ideas into beliefs and conventional wisdom. It’s the long game we’ve never invested ourselves in, up to now.

The good news is, despite decades of government-bashing, large majorities of the general public still believe government should play a “major role” in keeping everyone safe, healthy, educated, and able to pursue happiness.

Even before the pandemic, a smashing 89% of Americans said public health plays an important role in their community. In December 2017, 87% told the Pew Research Center that government should have a “major role” in “ensuring safe food and medicine.” And three-quarters favored a “major role” for government in protecting the environment (76%), “maintaining infrastructure” (75%), and strengthening the economy (75%). Fully two-thirds said the government should have a “major role” in “ensuring access to quality education” (68%), “setting standards for the workplace” (65%), “helping people get out of poverty” (67%) and “ensuring access to health care” (69%).

People know what they want, and they know they’re not getting it from government. That’s a huge opportunity for progressives. As George Goehl of People’s Action likes to say, government is not the problem, it’s the prize.