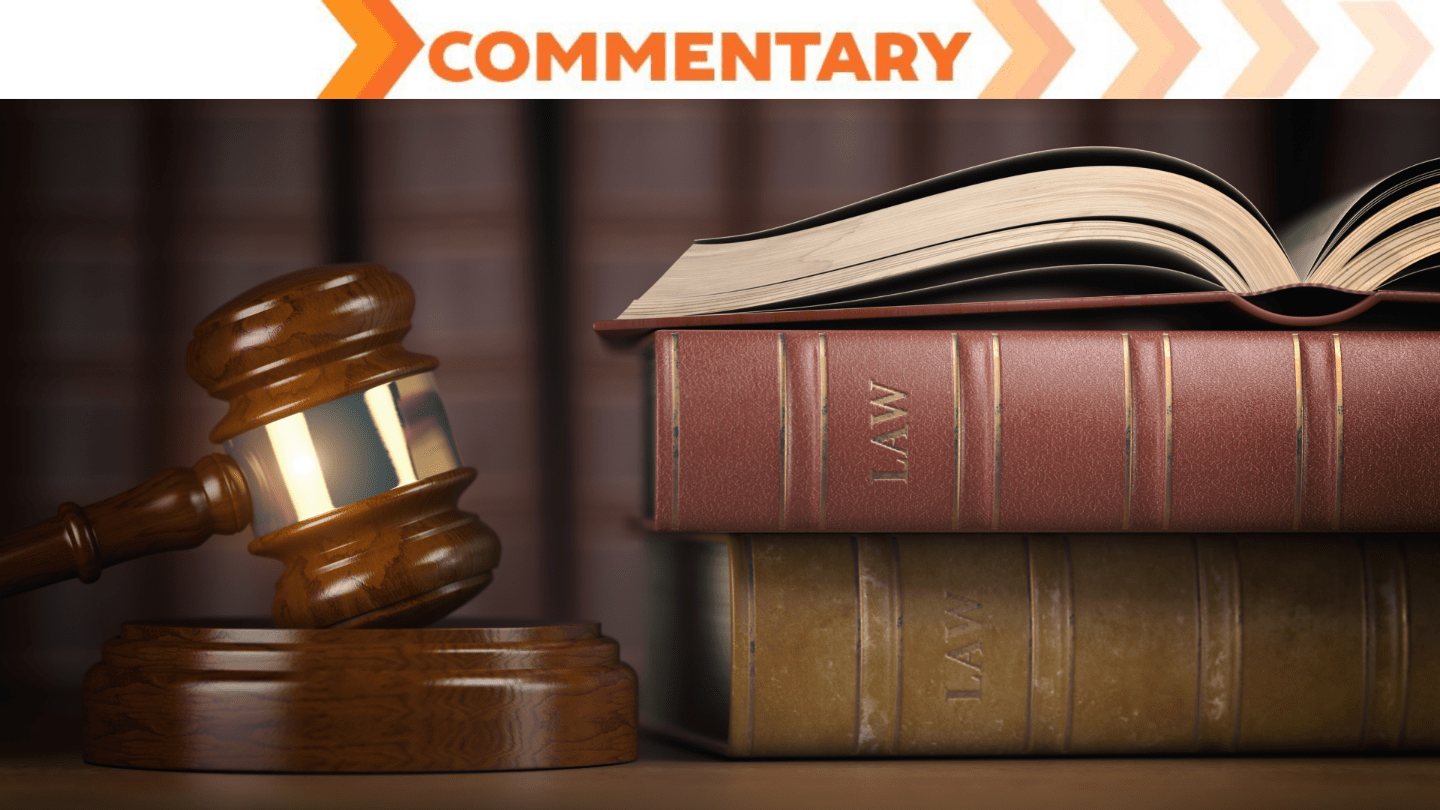 Progressives Can No Longer Afford to Ignore the Federal Courts

In today’s hardball politics, the federal courts are especially important. Even if progressives were to win the House, the Senate and the White House, every law and regulation could still be challenged in court. The radical right has spent decades working zealously to fill the federal courts with judges who believe what the radical right believes: government is the enemy of freedom, corporations need more freedom from regulation, and both corporations and billionaires should exercise their freedom to use their money to determine who can run for office and who can win.

In Civics 101, we all learned that courts and judges are non-partisan, impartial, and independent. However, that view of the judiciary began to change radically, along with the rest of the nation’s politics, after Newt Gingrich was elected to the House of Representatives in 1979. As Princeton historian Julian Zelizer has written, “Gingrich promoted a style of smashmouth combat aimed at delegitimizing his opponents by whatever means possible. Politics, as he saw it, was like warfare. The only way to win a battle, he decided, was to unleash the full fury of one’s firepower on the foe.” Zelizer credits Gingrich with creating the “unorthodox, nativist populist campaign” that Donald Trump mounted in 2016, “which aimed to tear down the political leaders of both parties and to destabilize the entire U.S. political system.”

In this new political environment, the two sides differ on one fundamental idea — the meaning of “freedom.” To the radical right, “freedom” means “getting government off our backs,” as Ronald Reagan liked to say, giving corporations freedom to have their way with their workers, customers, suppliers, host communities, and with the natural world. On the other hand, to liberals and progressives, “freedom” requires government to protect people from corporate abuse, aiming to give everyone roughly equal opportunities to thrive and to pursue lives of dignity and meaning. As Franklin Roosevelt expressed it in 1944, “true individual freedom cannot exist without economic security and independence.”

In this new political environment, federal courts (especially the U.S. Supreme Court) are no longer impartial — they have become partisans in ideological warfare. The change did not happen by accident. In 1982, a small group of lawyers formed The Federalist Society as idea factory where libertarians and ultra-conservatives could meet to strategize ways to transform the courts from impartial and non-partisan to conservative and libertarian.

A few years after it was founded, the Federalist Society started receiving funds from the Koch brothers and other radical-right billionaires who envisioned a feeder system to identify right-thinking law students and groom them for eventual positions on the federal lower courts, then on to the Supreme Court. “The funders all got the idea right away — that you can win elections, you can have mass mobilizations, but unless you can change élites and the institutions that are by and large controlled by the élites, like the courts, there are limits to what you can do,” says Amanda Hollis-Brusky, a professor of politics at Pomona College and the author of Ideas with Consequences, a study of the Federalist Society. “The idea was to train, credential, and socialize a generation of alternative élites,” she says.

It’s working. Today five of the nine justices on the Supreme Court have close ties to the Federalist Society — Roberts, Thomas, and Kavanaugh as members or former members, and Gorsuch and Alito as frequent speakers at Society gatherings.

The best-known member of the Federalist Society is its executive vice-president, Leonard Leo. Periodically Leo takes time off from his Society duties to orchestrate campaigns to persuade the Senate to confirm judges appointed by the president. Leo says modern confirmation campaigns are very similar to election campaigns. He should know; between 2014 and 2017 he raised $250 million for campaigns to get federal judges confirmed. He personally led confirmation campaigns for Justices Roberts, Alito, Gorsuch and Kavanaugh. So far, President Trump has appointed 30 judges to the federal appeals courts and 25 of the 30 are members of the Federalist Society.

U.S. Senator Sheldon Whitehouse (D-R.I.) charges that the courts are supposed to referee disputes, but now the referees have been captured by corporate money. In an op-ed titled “The Supreme Court has become just another branch of the GOP,” Whitehouse writes, “From 2005 through the fall term of 2018, the Roberts court issued 73 5-to-4 partisan decisions benefiting big Republican donor interests: allowing corporations to spend unlimited money in elections; hobbling pollution regulations; enabling attacks on minority voting rights; curtailing labor’s right to organize; denying workers the ability to challenge employers in court; and, of course, expanding the NRA’s gun rights ‘project.’ It’s a pattern.”

In August 2019 Whitehouse and four other U.S. Senators filed a brief with the Supreme Court warning the justices that “The Supreme Court is not well. And the people know it.” The federal courts are a facing crisis of legitimacy. For example, President Trump lost the popular election by 2.8 million votes, yet he has installed 201 federal judges who he appointed to serve for their remaining lifetimes, in accordance with Article III of the Constitution. In a very real sense, those 201 judges are serving without the consent of the governed.

Radical-right Supreme Court Justice Neil Gorsuch, appointed by Trump, was confirmed by 54 senators who represented 19.8 million fewer people than the 45 senators who opposed his confirmation. Brett Kavanaugh’s tenure on the court is even less legitimate than Gorsuch’s. Appointed by Trump, Kavanaugh was confirmed by 50 senators representing only 143 million people versus the 48 senators opposing him, who represented 181 million people.

In sum, whenever the present Court delivers a 5–4 majority vote in favor of some radical-right legal proposition, the U.S. populace has not given its consent.

For almost two decades liberals and progressives tended to ignore the legal earthquakes being engineered by Federalist Society members. After the Supreme Court put George W. Bush in the White House even though he had received 547,000 fewer votes than Al Gore, progressives and liberals realized they’d been snookered by the right. They then created the American Constitution Society for Law and Policy (ACS) to identify and groom progressive lawyers who might one day become federal judges. Measured by its annual budget of $6 million, ACS is still only one-third the size of the Federalist Society, which has 70,000 members and a budget of $20 million.

Caroline Fredrickson, who served as president of ACS from 2009 to 2019 told a reporter in 2019 “We still struggle to get people to recognize that the courts are one of the most important battlegrounds for public policy.”

Now, however, progressives have developed new energy around judicial appointments. Brian Fallon and Christopher Kang, founders of the group Demand Justice have organized a campaign calling on Democrats to stop appointing corporate lawyers to the federal bench. They say Democrats appoint the most progressive lawyers they can without provoking a fight. But, they argue, Republicans have shown they will oppose all progressive nominees; therefore, Democrats should just engage in battle, selecting lawyers who have worked for ordinary people — public interest lawyers, public defenders, and plaintiffs’ lawyers.

The brazen politicization of the federal courts has spurred a deep and persistent backlash against the Supreme Court itself. Even mainstream liberal groups like the Brookings Institution are now discussing ways to reform the Court, such as adding more justices or setting time limits on their tenure. However, to reform anything, Democrats must win big on Nov. 3.