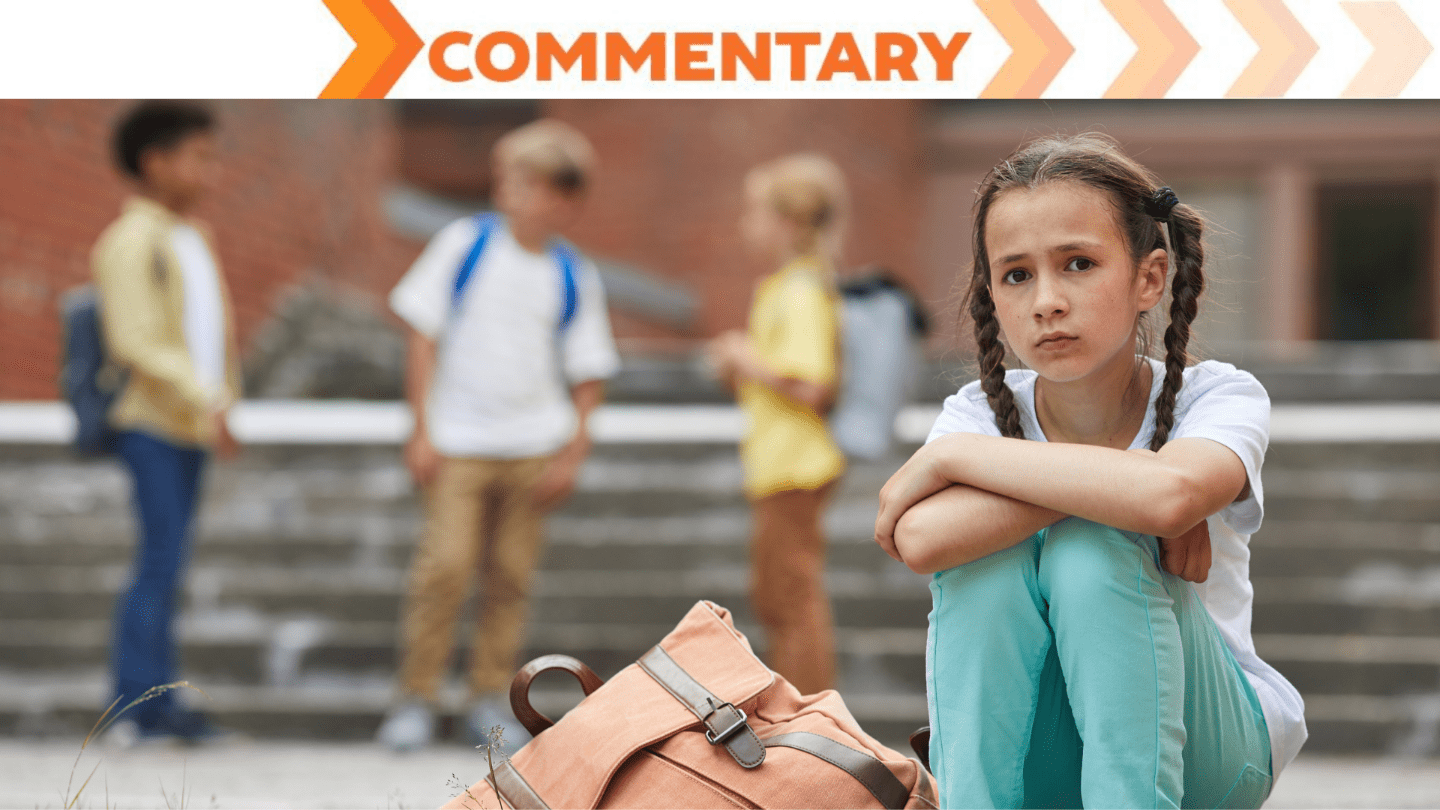 Parents of 51 million school-age children in the U.S. are facing an agonizing choice — whether to risk exposing their children to the coronavirus in public school classrooms this fall, or to sacrifice their children’s intellectual, social and emotional development by keeping them home for “online learning” via the web, which even before the pandemic was judged not very effective.

To make the choice even more difficult, President Trump and his education secretary, billionaire Betsy Devos, have threatened to withhold federal funds from any school that does not open its classrooms fully in the fall. Both Trump and Devos insist face-to-face teaching is perfectly safe, which health scientists say is not true.

Trump and DeVos are adamant. On Fox News Sunday July 12 DeVos said “There’s nothing in the data that suggests that kids being in school is in any way dangerous.” Trump’s spokesperson, press secretary Kayleigh McEnany, said July 16 that “science should not stand in the way” of school reopening because “science is our side,” showing it is “perfectly safe” to fully open all classrooms in the fall.

Science does not support claims of perfect safety. Schools are likely high-contact zones. Most schools cannot presently afford regular disinfection; many students most likely won’t wear masks (38% of U.S. adults don’t wear masks, so why would their children?); certainly not all kids will remain six feet apart. Covid-19 can definitely infect some children, some of whom can pass it on to their families, teachers, school staff, and other children.

States test and report Covid cases differently, but Bloomberg news reports that, in Florida, about a third of all children tested have been positive for Covid-19; in California it’s 8.4 percent; Mississippi, 9.4 percent; Arizona and Washington state, 11 percent. According to the Kaiser Family Foundation, 3.3 million seniors age 65 and older — prime candidates for serious illness — live with a school-age child. Furthermore, another Kaiser study concluded that one-quarter of all teachers (1.47 million people) are in danger of developing serious illness if infected with coronavirus.

Almost everyone agrees that children sorely need the many benefits of school attendance — food and friendships, books and basketball courts, time away from family and a safe place to spend it, plus cooperating and competing as they learn reading, writing and arithmetic. Furthermore, 27 million working parents need their children cared for safely during the week. “Safely” is the hard part.

Educators say opening schools safely will cost up to $245 billion on health-related renovations — billions that local governments do not have, and which Republicans in Congress have so far refused to provide. The CARES corona-virus relief law, enacted in March, earmarked only $13.5 billion to improve school safety. Since then, Republicans have refused to provide additional funds, instead suggesting that state governments should simply declare bankruptcy. (Bankruptcies occur in federal courts, which would give Republicans a chance to slash social safety nets in Democratic strongholds like New York.)

To reopen safely, schools need more money and more space. Doubling the distance between students will require twice the space. Part-time online learning will require access to broadband, and laptops or tablets for everyone. According to a recent survey, only 24 percent of teachers report that all their students have access to a tablet or laptop for school work. In addition, everyone will need masks, and schools will require frequent thorough cleaning.

The Washington Post reports that Congress is presently negotiating a bill the might give schools another $50 billion to $100 billion — still far below the amount needed to make schools safe. Plus, the Post says, Trump and Devos are angling to give the money only to schools that open fully. They want to punish schools that open only part-time.

Why are Trump and DeVos saddling parents and public schools with this impossible dilemma? Trump just wants to win the election Nov. 3 and he thinks opening schools will make everything appear normal. Devos has a more devious agenda.

Devos blurted out her coronavirus plan on Fox News Sunday July 12, when she said, “American investment in education is a promise to students and their families. If schools aren’t going to reopen and not fulfill that promise, they shouldn’t get the funds. Then give it to the families to decide to go to a school that is going to meet that promise.”

It’s no secret that DeVos would like to privatize all public schools. If public schools become hotbeds of infection, confidence in public education will diminish; perhaps then more parents would join DeVos in pressing to eliminate the public school system entirely. This agenda should surprise no one — it has been Betsy Devos’s religious mission for the past 25 years.

Devos is a fundamentalist Christian, who has said she wants “to confront the culture to advance God’s Kingdom.” To do that, she said, God led her to reform public education, which in her mind means privatizing it. Julie Ingersoll, a professor of religious studies, says “It’s been a long-standing goal of the Religious Right to replace public education with Christian education. The long-term strategy of how to change culture is through education.” On June 30, the U.S. Supreme Court ruled that the state can fund religious schools, which DeVos called “a historic victory.”

DeVos is also a deeply anti-government libertarian. An editor with the Detroit Free Press says DeVos is driven “by her conviction that any nontraditional public school is better than a traditional one, simply because it is not operated by government.”

Since the early 1990s, in her home state of Michigan, Devos has led and funded a libertarian anti-government movement to give parents “school choice.” This means taking taxpayer money from public schools and giving it directly to parents in the form of “school vouchers” which can be used like cash to pay expenses for sending a child to any school that will accept them, including public schools, private schools, religious schools, and “charter schools.” Vouchers are always promoted and defended as a way to give poor people a decent education, but that’s often a cover for other motives.

Charter schools are “public” schools in the sense that the public pays for them. However, charters are privately owned and operated; they choose their own students, manage their own curriculum, and in most places are not answerable or accountable to local school districts or school boards or to anyone else. They can teach whatever they want and manage their money in secret.

With Betsy DeVos and her husband funding and cheerleading the campaign, in 1994 the state of Michigan bet heavily on charter schools. It has not gone well.

In 2014, a yearlong investigation of Michigan’s charter schools by the Detroit Free Press revealed “Wasteful spending and double-dipping. Board members, school founders and employees steering lucrative deals to themselves or insiders. Schools allowed to operate for years despite poor academic records. No state standards for who operates charter schools or how to oversee them.”

As a lengthy New York Times exposé revealed in 2017, “Michigan Gambled on Charter Schools. The Children Lost.” As the Times pointed out, “…it’s important to understand that what happened to Michigan’s schools isn’t solely, or even primarily, an education story: It’s a business story.”

The “school choice” movement is driven by libertarian malice toward all government, but it is also driven powerfully by the profit motive. U.S. public schools spend a $694 billion each year and a lot of hucksters — many with no experience as educators ­– want a bite of that pie.

Jonathan Kozol, a writer and advocate for public education, has described the “corporate predation” attacking U.S. public schools. In 2007, Kozol reported that a group of investment bank analysts said privatizing public schools offered the biggest profit opportunity since health-care services were privatized in the 1970s. “The K-12 market is the Big Enchilada,” one banker wrote.

Because they can choose their own students, charter schools tend to select students whose parents are well-to-do and resourceful, leaving the public schools with reduced funds to educate the remaining kids, whose parents are poorer. In this way, “school choice” increases inequality in the nation’s educational system.

In the U.S., conservatism and racism have always gone hand in hand. Vouchers and charter schools have become a legal way to maintain and expand racial segregation. It’s probably no accident that the idea of school vouchers was invented by libertarian economist Milton Friedman in 1955 — the same year the U.S. Supreme Court ruled that public schools must be racially integrated “with all deliberate speed.” After Brown v. Board of Education in 1954, Southern states were looking for a way to evade school integration; private schools were the answer, but they were expensive. School vouchers (and later, charter schools), solved that problem by diverting taxpayer money to private schools, thus legally maintaining racially-segregated schools, separate and unequal.

From the Devos/Trump viewpoint, privatizing education has another major benefit — eliminating, or debilitating, teachers’ unions, which are among the nation’s largest and strongest remaining labor organizations. As a Republican Party funder and leader in Michigan, Devos has aggressively opposed unions. In 2012, she and her husband pushed through an anti-union right-to-work” law, outlawing labor contracts that require all employees in a unionized workplace to pay dues for union representation. In 2018, the U.S. Supreme Court’s Janus decision made “right to work” the law of the land nationwide.

The most important factor in the quality of public schools is funding, but the second most important factor is the quality of the teaching. To maintain quality, teachers — rather than bureaucrats or business managers — must shape the curriculum and control the amount of time teachers spend in collaborative planning and in individual tutoring. Furthermore, teacher pay and years of experience are crucial to successful schools. Without collective bargaining provided by a union, teachers cannot have a serious voice in school improvement.

As Trump and DeVos demand that all schools open in the fall, despite the obvious health hazards to tens of millions of people, we can recognize their cynical plan as part of a long-term strategy by conservatives to eliminate democracy’s most important foundation — an informed citizenry based on quality education for all. To give poor people a decent education, instead of privatizing schools we could eliminate poverty and stop funding public schools by property taxes, which inherently produces unequal school funding. We could easily fund all public schools adequately and equally, and, finally, we could protect, support, and strengthen teachers’ unions.

If Democrats were serious about “resistance” they could take a stand, loud and bold, for public health and quality education for all. And they could call out the Republican schoolyard bullies every day — day after day after day — until November 3.