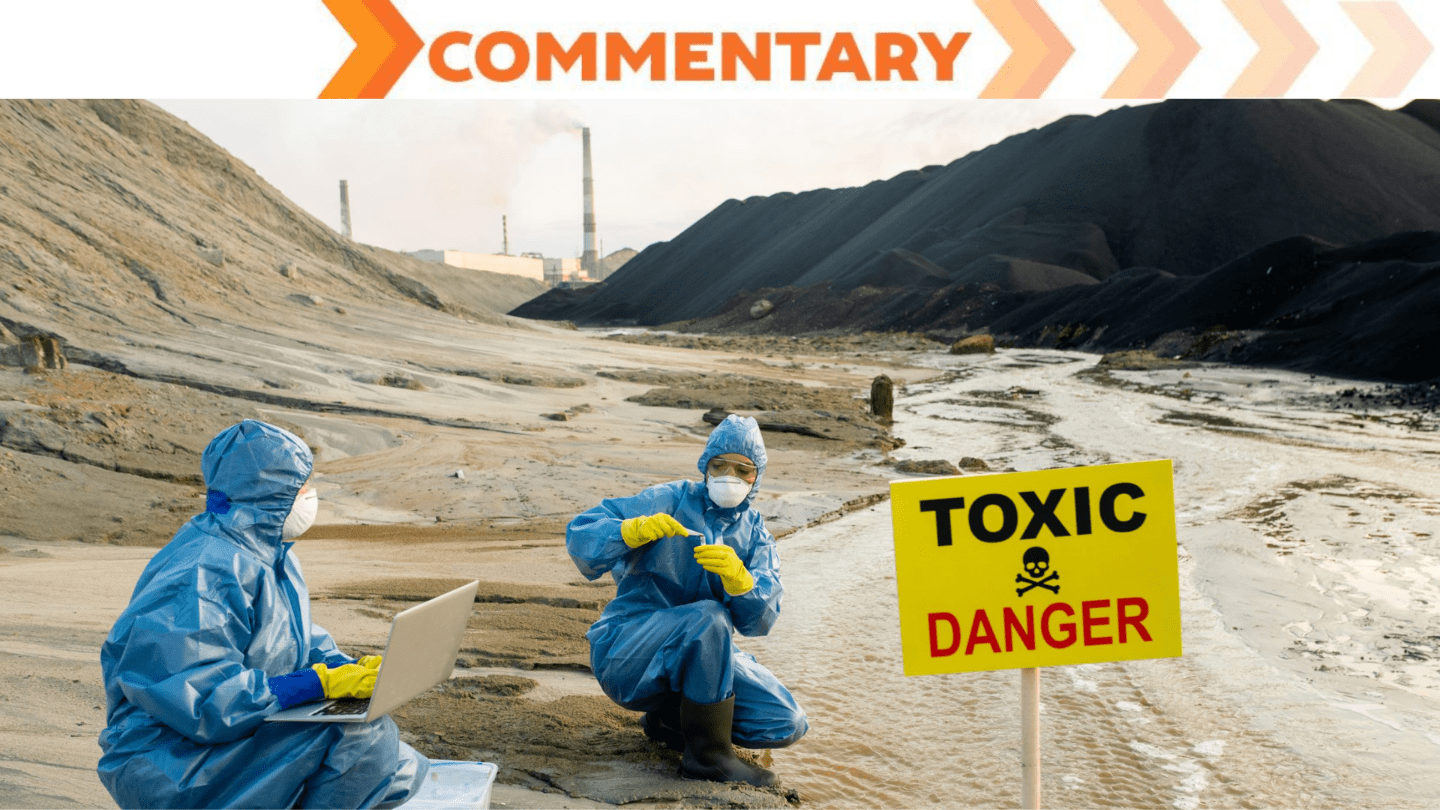 Toxic Lead is Still Robbing Our Children of Brain Power

Flint, Michigan made headlines, starting in 2015, when 5 percent of the city’s young children tested high for the toxic metal lead in their blood. As the story unfolded, it became clear that the children of Flint were victims of a massive failure of government ­– really a century-long failure to control the lead industry and the secondary industries that put lead into products for public consumption — mainly, gasoline, batteries, water pipes, and paint. The Trump administration is now compounding and extending that failure.

As the Flint story was unfolding in late 2016, Reuters reporters M.B. Pell and Joshua Schneyer combed through official (unpublished) state-government data of toxic lead in the water of 21 states that are home to 61% of the U.S. population. (Some states refused Reuters their data.) Pell and Schneyer found more than 2800 neighborhoods with levels of toxic lead in water at least twice as high as Flint’s. The Reuters study hardly registered in the U.S. press, and there was nary a peep from officialdom.

Now UNICEF, the United Nations Children’s Fund, has published its own worldwide study of lead poisoning and concluded that, globally, an astonishing 800 million children have lead in their blood at levels that the U.S. government says warrant a public-health intervention — continued testing of affected individuals and removal from sources of contamination. In the U.S., the level that now warrants such action is 5 micrograms of toxic lead per deciliter (tenth of a liter) of blood (5 ug/dL). A deciliter (dL) is just over 3 ounces. A microgram (ug) is a millionth of a gram and there are 28 grams in an ounce; 5 micrograms is one-tenth the size of a grain of salt, a mere speck. But a dangerous speck.

The UNICEF study shows that, worldwide, toxic levels of lead build up in children chiefly from car batteries and electronic gear (TVs, computers, cell phones and the like) sent by rich countries to poor countries for recycling. Worldwide, the use of lead doubled between 1995 and 2014. Although lead can be contained during recycling, the necessary equipment is too expensive for many people in Asia, Africa and elsewhere who see a business opportunity and cobble together crude apparatus for extracting lead from rich-world discards.

Neither the global lead industry nor rich-world governments are doing what they could to provide adequate recycling equipment, nor to warn recipients that discards can be hazardous to their children and themselves. The United Nations is doing what it can, but the Trump administration in 2018 cut U.S. funding for U.N. efforts, including a 16% cut for UNICEF, the agency responsible for protecting children from lead.

Lead, the soft grey metal, is a powerful nerve poison that, at levels even lower than 5 ug/dL, reduces a child’s IQ, shortens their attention span, reduces impulse control, and causes aggressive behavior. At levels above 5, lead in children has can cause hearing loss, speech and language handicaps, attention deficit hyperactivity disorder (ADHD), and anti-social, violent, and criminal behaviors. Decades of research on lead toxicity have shown that no amount of lead in blood is “safe,” and the effects of lead poisoning are irreversible. Lead poisoning is also completely preventable, but it requires sustained action by governments.

Although it is true that lead is a naturally-occurring substance, careful measurement of lead in the bones of pre-industrial humans has revealed that 5 ug/dL in blood is about 300 times the “natural background” level. In other words, 5 ug/dL is evidence of serious contamination.

The danger to children of toxic lead in paint was first recognized in a medical journal in 1887, and nearly every year since then new evidence has revealed that lead is more toxic than previously believed. France, Belgium and Austria outlawed lead in paint in 1909. Because of the power of corporate money in U.S. politics, the U.S. did not begin to outlaw lead in paint until 1971. In the 1920s another major source of lead-poisoning appeared. Automobile, gasoline and chemical giants — General Motors, Standard Oil of New Jersey (now called Exxon Mobil), and DuPont — ignored available evidence and rushed super-toxic lead into gasoline to improve engine performance, eventually spreading 7 million tons of it into U.S. air, streets, and soil, then into vegetation, animals, and humans.

Even though toxic lead in the U.S. environment has declined dramatically since the 1970s, when the U.S. finally began to (slowly) eliminate lead from most gasoline and most paint, medical knowledge of the hazards of lead has increased even more dramatically. We now know that the first few micrograms of lead in a child’s blood create more harm than later additions of lead. The first few micrograms are the most harmful. In the U.S. today, an estimated 1.2 million children have more than 5 ug/dL of lead in their blood.

In 1943, a study of 20 children who had been lead-poisoned in infancy revealed that in all cases the growth and development of their nervous systems had been “seriously impaired.” Only one of the 20 had advanced satisfactorily in school. Three of the 20 had been expelled from school — one for setting fires, another for repeatedly dancing on top of desks, and a third for sticking a fork into another student’s face. This study should have set off alarm bells about lead toxicity, but it didn’t. In 2017, a study of 12,000 U.S. children revealed that even 1 ug/dL of lead in a child’s blood, increases that child’s chance of being suspended from school for unruly behavior by about 7 percent for boys and about 8 percent for girls. Trouble in school often foretells a lifetime of other problems.

Why governments have failed to act to protect children is something of a mystery. In 1991, the U.S. Centers for Disease Control (CDC) issued a study of the costs and benefits of eliminating all lead-containing paint from all U.S. residences over a 20-year period. The study estimated that the 20-year effort would save the U.S. treasury $28 billion in 1991 dollars ($53 billion in today’s inflation-adjusted dollars). Eliminate a major source of brain-damage in children and save money? Who could turn down such a win-win? The head of the CDC, William Roper, told the New York Times in 1991, “We believe that lead poisoning is the №1 environmental problem facing America’s children. Therefore, it will take a major effort to eliminate it.” With considerable fanfare in December 1990, President George H.W. Bush had announced just such an effort to eliminate children’s exposure to toxic lead from deteriorating paint in homes built before 1978

Eight months later, the major effort was terminated. Republicans had decided that it wasn’t the government’s job to legislate or regulate the cleanup of poisonous lead or to require homes to be tested, or to require homeowners to disclose test results once they were known. Explaining this total collapse of government responsibility, the New York Times explained that the National Association of Realtors had pressured the Bush administration to end the lead-removal initiative because it might raise real-estate prices and hurt sales. The effort has never been revived. Today in the U.S. there are still an estimated 23 million homes contaminated with lead, 3.6 million of them home to children under age 6.

Twenty-five years after this total collapse of government responsibility, in 2016, the Times reported that, with the help of Fannie Mae, the government-controlled mortgage-finance firm, realtors are still putting people with low income into lead-tainted homes, poisoning the young children of unsuspecting parents.

With such obvious benefits to be gained by eliminating children’s exposure to toxic lead, one has to ask why the federal government has failed to act. Could it be because white children from wealthy families are largely spared the scourge of lead poisoning while children of color and of low income tend to live in older, run-down neighborhoods where lead is abundant?

In April 2017, the Trump administration announced it would cut two programs focused on reducing children’s exposure to toxic lead. This time it was the National Homebuilders Association that had objected to government efforts to protect children from poisonous lead, the Washington Post reported. Slate staff writer Julia Craven promptly offered evidence that the Trump cuts would fall mainly on people of color in rust-belt cities like Cleveland, Detroit, Baltimore, and southern cities like Savannah, Georgia and Montgomery, Alabama. Craven said the Trump cuts do make one thing clear: “The president isn’t looking to eradicate environmental racism…”