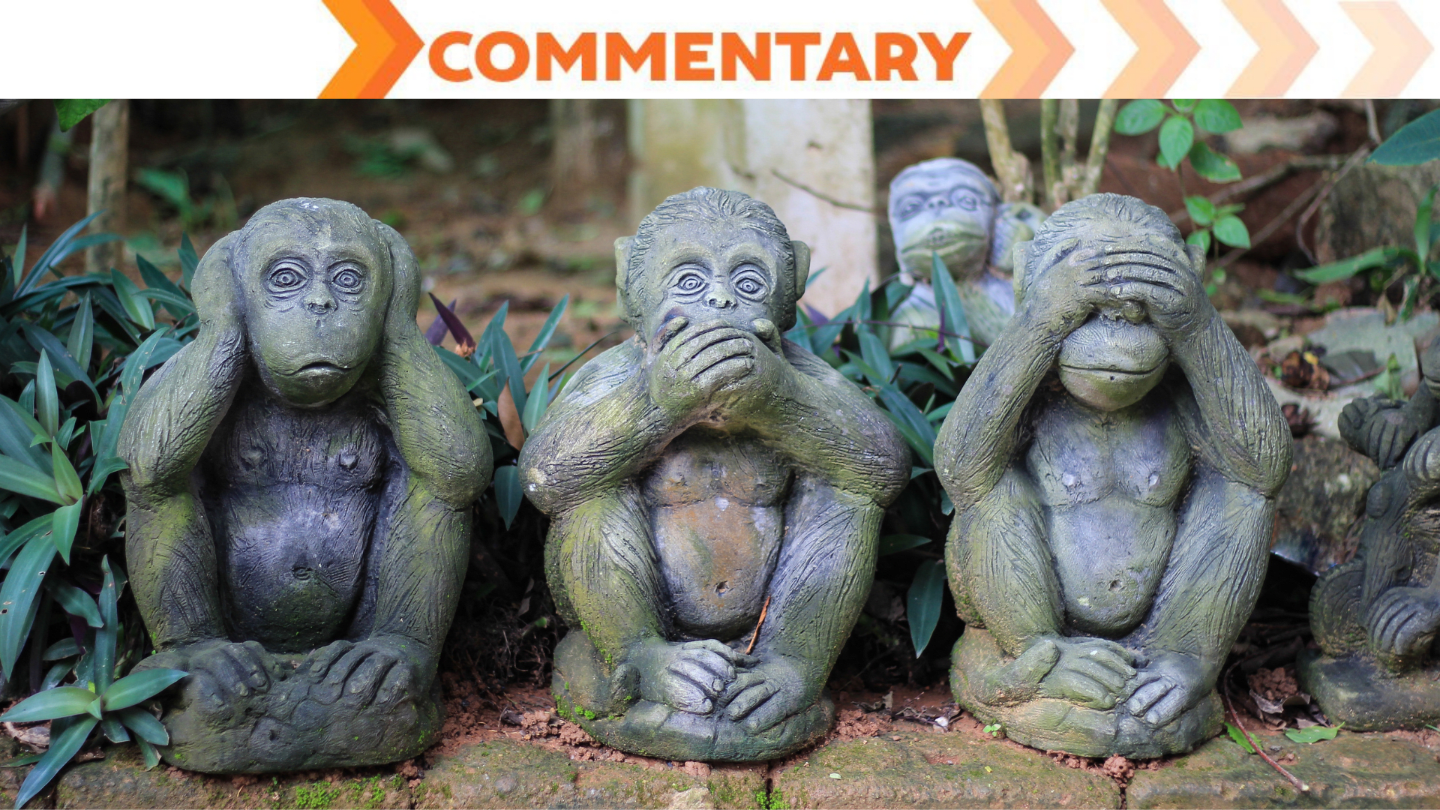 Trump’s assault on science could cause irreversible harm

“The Trump folks have poured an acid on public institutions that is much more powerful than anything we’ve seen before,” says David Victor, a political scientist at University of California, San Diego.

For example, during the summer, Vice-President Mike Pence’s chief of staff, Marc Short, mounted a campaign to force the federal Centers for Disease Control and Prevention (CDC) to downplay the dangers facing children returning to school. CDC scientists objected, but they got steamrolled by the White House:

“Just hours before the rewritten school guidance document was to be published, top White House officials — including Mark Meadows, the chief of staff; Jared Kushner, the president’s son-in-law and senior adviser; Larry Kudlow, the director of the National Economic Council; and Stephen Miller, a White House policy adviser — were allowed to make ‘critical edits’ to the document. This led to the addition of language in the document that CDC officials had previously objected to, that the novel coronavirus was less deadly to children than the seasonal flu,” UCS reported. Of course, we now know that Trump himself on Feb. 7 had acknowledged in a taped interview that coronavirus is five time as deadly as “even the most strenuous” flu. Despite knowing the truth about the coronavirus, the president and vice-president strong-armed CDC to downplay the danger, consistent with Trump’s plan to undermine the public school system.

Trump’s suppression and distortion of data about the coronavirus “is not just ineptitude, it’s sabotage. He has sabotaged efforts to keep people safe,” says Jeffrey Shaman, an epidemiologist at Columbia University.

Whitman is familiar with the long history of Republican assaults on science because she has participated in them herself. Just as she was leaving her post as head of EPA in 2003, she allowed the Bush White House to delete a whole section on climate change from a report on the state of the environment, which her agency had prepared. Back then, Whitman said she was “perfectly comfortable” with the White House deleting scientific data from an EPA scientific report, but now she seems surprised that it has become standard practice among Republicans. In 2019, 56 percent of Republicans said scientists should stay out of policy debates.

Over at the U.S. Department of Agriculture (USDA), scientific findings are being suppressed. USDA has refused to issue press releases announcing 45 separate studies of the impacts of climate change on farms and farming. Farmers in Iowa — where excessive rain, droughts and wind storms have devastated crops in recent years — are complaining that USDA has stopped giving them scientific advice about how to deal with the climate crisis.

Since 1862, USDA has conducted scientific research to help farmers thrive. As climate change modifies the growing season, expands the insect population, and alters the water cycle (less snow, more rain, longer droughts over more extensive areas), farmers need all the help they can get to adapt and survive. But Republicans insist that climate change is not serious — certainly not serious enough to threaten the nation’s and world’s food supply — so USDA’s climate-related science is being suppressed. The truth is, the climate emergency could rapidly cause a global food emergency. We could be preparing for it now, but not while Trump is president.

In the Trump administration, fear and loathing of science show up in odd places. In 2019, Trump forced his Equal Employment Opportunity Commission (EEOC) to stop collecting data on worker’s pay, sorted by race, gender, ethnicity, and job category, from businesses with over 100 employees. The pay-data-collection project, initiated in 2016, was intended to provide factual information on pay gaps for women and people of color and to aid enforcement of equal-pay laws. The EEOC said that it was ending the project because the cost to employers was higher than originally estimated and the data had “unproven utility.” Unproven utility unless you’re a woman or a person of color.

There is unprecedented concern for the integrity of science under Trump. Scientific American magazine on Sept. 15 endorsed Joe Biden for president in 2020, abandoning its 175-year-old tradition of staying out of presidential politics. The magazine’s editors wrote, “We do not do this lightly. The evidence and the science show that Donald Trump has badly damaged the U.S. and its people — because he rejects evidence and science The most devastating example is his dishonest and inept response to the COVID-19 pandemic, which cost more than 190,000 Americans their lives by the middle of September.”

On Sept. 24, the presidents of both the U.S. National Academy of Sciences and the National Academy of Medicine issued a joint statement saying they are “alarmed by political interference in science.” They continued, “Policymaking must be informed by the best available evidence without it being distorted, concealed, or otherwise deliberately miscommunicated.” The statement did not name the Trump administration, but it didn’t have to.

The long article in the normally-staid British journal Nature was far more direct: “the president has peddled chaos and fear rather than facts, as he advances his political agenda and discredits opponents. In dozens of interviews carried out by Nature, researchers have highlighted this point as particularly worrisome because it devalues public trust in the importance of truth and evidence, which underpin science as well as democracy,” Nature wrote.

Science is a special way of knowing about the world, often counter-intuitive. For example, your common-sense observations tell you the sun is circling around the earth, not the other way around. Nevertheless, science is a way of knowing that produces agreement on the nature of reality. If two strangers use standardized thermometers, and one goes to New Guinea and the other to North Africa, they will both be forced to agree that fresh water at sea level boils at 212 Fahrenheit (100 Centigrade). There are many other ways of knowing (religion, history, political ideology, astrology…) but these non-science ways often produce disagreement about the nature of reality. Science, pursued long enough, produces agreement.

Science is also a stern taskmaster — it gives humans the power to manipulate physical reality (to construct bridges, to cure diseases, to build atom bombs), but only if they stick to what science reveals as true. “If you believe a false physical theory, you won’t be able to build an atom bomb,” says historian Yuval Noah Harari.

So why would the president and the Republican Party deny, denigrate and oppose the truths that science reveals? Two possible reasons: first, science implicitly tells you what you must do; for example, if you accept the science behind the climate emergency, then you will feel pressure to treat it like an emergency, necessarily expanding the role of government because the private sector is not able to resolve a global emergency. To anyone committed to “small government,” the truth about climate change can be devastating. Sticking your fingers in your ears and repeating “Small government is best” may be comforting — until your community is beset by fire, flood, wind storm, prolonged drought, crop failure, extended heat wave or some other climate-related calamity. Then you call for government relief.

The second reason some people prefer fiction over fact is more subtle. It has to do with building and maintaining tribal loyalty. The most important advantage of fiction, says Yuval Harari, is that it promotes social cohesion. The truth is often disturbing, so “if you stick to unalloyed reality, few people will follow you. An American presidential candidate who tells the American public the truth, the whole truth, and nothing but the truth about American history has a 100 percent guarantee of losing the elections,” Harari writes.

Trump knows that an intriguing fiction — even a bizarre one like QAnon ­– will attract supporters. QAnon followers “believe that a cabal of Satan-worshipping Democrats, Hollywood celebrities and billionaires runs the world while engaging in pedophilia, human trafficking and the harvesting of a supposedly life-extending chemical from the blood of abused children. QAnon followers believe that Donald Trump is waging a secret battle against this cabal and its ‘deep state’ collaborators to expose the malefactors and send them all to Guantánamo Bay,” according to the Guardian, the British news outlet.

Belief in QAnon exemplifies the Tinkerbell effect from Peter Pan: if you believe it, then it becomes true. If you believe the story, then life becomes an exciting cosmic battle against evil on the scale of Star Wars. Trump becomes your Luke Skywalker.

A recent survey revealed that 56 percent of Republicans “partly or mostly” believe the QAnon story. Only 4 percent of Democrats do. Perhaps many Republicans are inhabiting a reality that is too painful to endure without the help of make-believe. If so, the next science-based president might do well to provide science-based policy relief for their suffering, which, science tells us, is real.