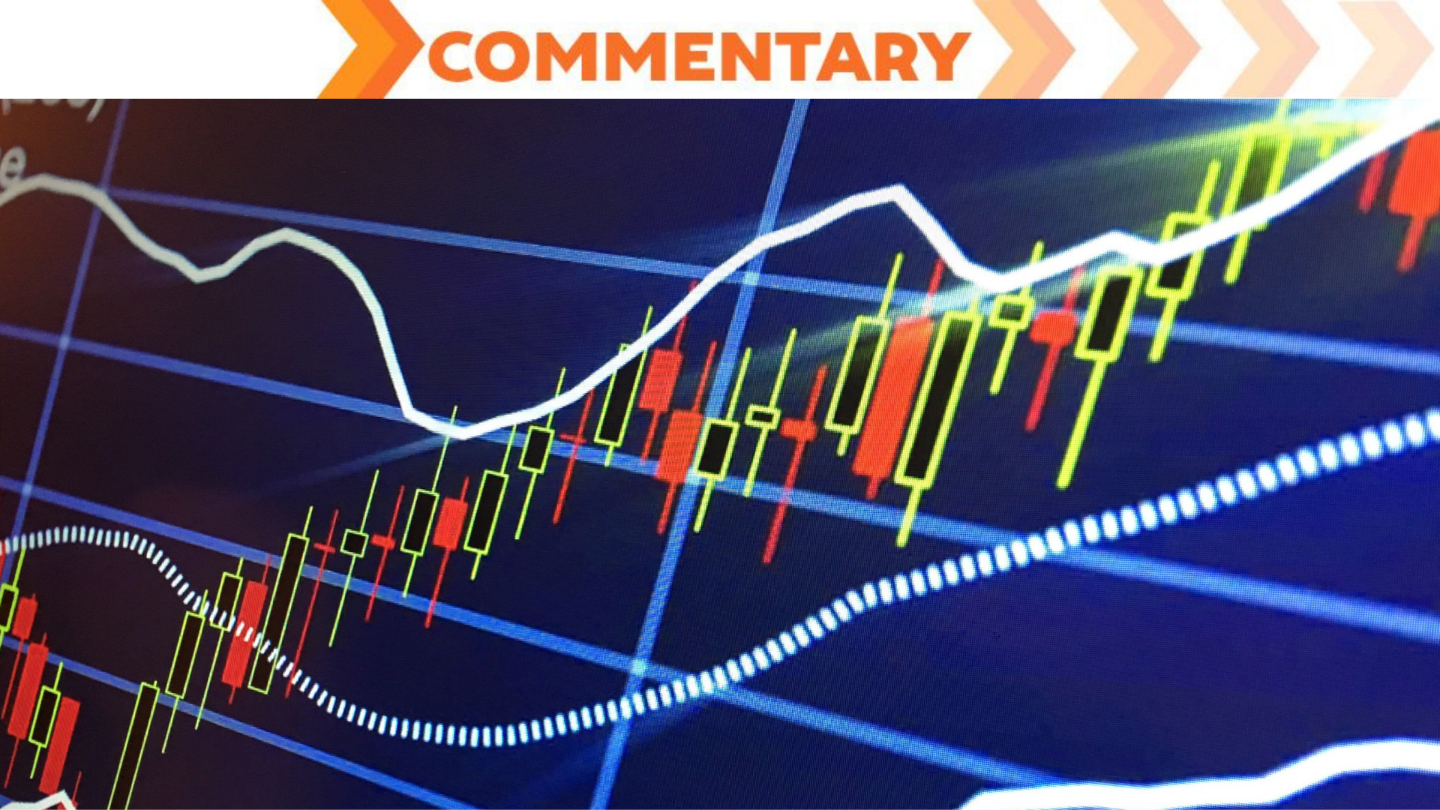 What Is Neoliberalism and Why Should You Care?

Neoliberalism is an economic and political philosophy that has dominated the U.S. since 1980 when Ronald Reagan won the presidency. In addition to being a set of policies, neoliberalism is an ideology that allows the super-rich to justify why they deserve to be super-rich.

Neoliberalism says the “free market” (unrestricted competition, without government oversight) produces a world in which everyone gets what they deserve. If you’re poor, it’s your own fault, not the result of luck or circumstance.

Since 1980, neoliberalism has served the super-rich very well, but for at least half of us, it has been a disaster. The U.S. economy has doubled in size since the 1970s, yet half of American families have seen their share shrink. In 1980, the bottom half of the U.S. populace got 20% of the total economy; today their slice has shrunk to 12.5%. The difference has gone to the super-rich. Furthermore, with their extraordinary new-found wealth, the super-rich have gained commanding political power, essentially eliminating democracy. Unless you’re rich, nobody cares what you think.

What is Managed Capitalism?

In the U.S., “managed capitalism” began when the Constitution came into force in 1789. Alexander Hamilton (1755–1804) advocated a strong federal government — a government that would promote U.S. commerce by building roads and canals, imposing tariffs on imported goods, mapping unknown territory, establishing buoys and lighthouses to guide maritime navigation, creating a national bank to guarantee a stable money-currency, and more.

Under “managed capitalism,” government did what “the people” needed but could not do for themselves as individuals: government helped every state create a public university, conducted scientific research for farmers, protected public health by quarantining ships infected with cholera or yellow fever, and so on. Under managed capitalism, the purpose of government was to help people prosper, to “promote the general welfare,” as the Constitution says.

By 1890, industrialization was producing urban squalor, disease, and appalling poverty. The “progressive” political movement, represented by President Theodore Roosevelt (1858–1919; president 1901–1909) expected the federal government to manage capitalism. Progressives harnessed government to control the excesses of free markets by setting a minimum wage for workers and establishing the 5-day work-week, regulating child labor, protecting public lands from exploitation by mining and cattle companies, establishing a graduated income tax to prevent plutocracy (rule by the super-rich), and more. Still, it wasn’t enough to avert the free-market collapse known as the Great Depression (1929–1945).

After the crash of 1929, President Franklin Roosevelt (1882–1945) accelerated the progressive tradition of managed capitalism. Among many other actions, Roosevelt’s New Deal imposed restrictions on the banking industry, created the Tennessee Valley Authority (TVA) to build dams and extend electric power into rural areas, created millions of jobs for the jobless, raised the income tax on the wealthiest elite, and enacted laws giving workers the right to organize and join unions, bargain collectively and, if all else failed, to strike for better wages and working conditions.

Under “managed capitalism,” the nation thrived. After the Great Depression was overcome, worker productivity (goods created per hour) rose steadily, and worker pay rose in lock step. Between 1928 and 1979, the middle class was created, and its ranks swelled.

Despite their many benefits, both the Progressive Movement of 1890–1915 and the New Deal (1932–1945) were stained by white supremacy. To gain the political power to enact progressive reforms, northern Democrats had to compromise with Southern Democrats, who wrote racist restrictions into progressive and New Deal programs. For example, the federal government helped millions of white families buy homes, but denied those public benefits to Blacks. People of color had little or no political power because they were generally denied the vote until 1965 (and to this day many are still denied the vote by voter-roll purges, gerrymandering, and other dirty tricks).

The Invention of Neoliberalism

Ever since Roosevelt’s New Deal, managed capitalism has come under sustained attack, despite its obvious success creating well-being for most people. Starting in the early 1930s, a small group of economists and super-rich businessmen (led by the DuPont family) declared that the New Deal was unAmerican. Ignoring U.S. history, they argued that managed capitalism was a foreign plot by socialists or communists and that was destined to end in despotism. In place of managed capitalism, they envisioned a global economy based on the “free market” — meaning “free of government oversight” — and they set out to prohibit national governments from regulating their own economies. They called themselves neoliberals.

For decades, neoliberalism was a fringe idea. However, in the later years of the Vietnam War (after about 1972), rapidly-rising inflation frightened U.S. politicians, and neoliberals (now funded by anti-government billionaires like the Koch brothers) argued that managed capitalism was to blame. When Ronald Reagan became President in 1981, neoliberals gained political power for the first time and began to enact their favored policies, starting with libertarianism.

Libertarianism can be summed up in a phrase made famous in 1849 by Henry David Thoreau (1817–1862): “That government is best which governs least.” Libertarians want government as small as possible — in the modern phrase, they want it so small they can “drown it in a bathtub.” In the libertarian view, government should only protect national borders (therefore we need a military), prevent the poor from overthrowing the rich (therefore we need police), enforce contracts and resolve disputes (therefore we need courts, backed up by police), assure a stable money-currency (how to do this is still subject to debate), and little else.

The “free market” philosophy (often called “laissez faire,” which is French for “let do”) assumes that competitive markets, if protected from government “interference,” will produce the greatest possible well-being. The theory is that “the invisible hand” of the market directs each person’s greed and self-interest to produce the maximum well-being for everyone. Presto! Selfishness becomes a virtue. Now 40 years of real-world experience has proven otherwise.

Like libertarians, neoliberals detest government but they want something more: they want a global bureaucracy powerful enough to prevent national governments from interfering in the “free market.” Creation of the World Trade Organization (WTO) in 1995 was their crowning achievement. Here the goal is to allow the free flow of capital everywhere in the world unimpeded. The first result has been to export trillions of dollars into “tax havens” (like the Cayman Islands and Bermuda) where they evade U.S. taxes, cutting government revenue (and therefore government capacity).

Once capital can flow everywhere easily, the owners of capital gain a huge advantage over their workers. If workers demand better wages or working conditions, management can threaten to move the work to China or Mexico; the mere threat is often sufficient to quell labor unrest. As a result, labor unions can no longer reliably deliver benefits to their members, so union membership declines, further weakening the bargaining position of workers. As workers lose bargaining power, their wages stagnate or even decline and there’s a bigger share of profits available for shareholders, owners, and managers. In 1965, a typical corporate boss made 20 times what the average worker earned; by 2018 a boss’s share had risen to 278 times the average worker’s share.

Neoliberal economics starts with tax cuts for the rich, on the theory that if the rich are made richer they will invest in productive enterprises that create jobs. In the U.S., after 1980, neoliberals labeled their ideology “reaganomics,” also known as “trickle down economics.” The claim is that increasing the wealth of the already-wealthy will “trickle down” to the average family. As it turns out, trickle-down economics doesn’t work; making the rich even richer does not create economic wellbeing for everyone — it merely increases inequality. However, failure to produce “trickle down” results has not diminished enthusiasm for neoliberal policies, at least among neoliberals. It has made them rich and, they argue, if we will just stick with it, everyone will benefit eventually. After 40 years of experimenting with neoliberalism, we know for sure this argument is nonsense.

In addition to making rich people even richer, tax cuts have the added neoliberal “benefit” of depriving government of income. Neoliberals call it “starving the beast.” After government income declines, neoliberals then argue that government can no longer afford to sustain welfare programs — free school lunches for the children of low-income families, medical care for the indigent (Medicaid), food stamps to alleviate hunger, and so on.

Today, neoliberal policies that make the rich richer and workers weaker have produced economic inequality not seen since the 1920s or perhaps the 1890s. As a result, in the U.S. today, rich people hold nearly-unchecked political power. Democracy itself is now in danger.

Another major policy favored by libertarians and neoliberals is privatization of public functions. Public-school money get diverted to private schools, management of prisons is turned over to private corporations who then cut corners on food and medical care, mercenaries like Blackwater fight our wars (shamefully), and private firms profit from public services like drinking water, waste collection, and fire-fighting, often making these services more costly. Neoliberals favor privatization for several reasons, not least being that privatization reduces the number of government employees, many of them members of the few remaining strong labor unions. In addition, private companies can then “kick back” funds to neoliberal politicians at election time which government agencies cannot do. Overall, privatization weakens and diminishes the capacity and accountability of government.

In addition to cutting taxes, slashing welfare programs, and privatizing government functions, neoliberals have eliminated many government regulations on business. Since 1980, regulations have been cut on banks, airlines, and energy companies, among many others. The results have been a catastrophic economic recession in 2008, residents of rural areas and small cities underserved by airlines and internet providers, and massive damage to the natural world, which is literally destroying the planet as a place suitable for human habitation. In short, unrestricted competition, free of government regulation, is wrecking the future for children worldwide.

The main premise of neoliberalism is that free markets can regulate themselves, that competition without from government oversight will always produce the best possible outcomes. We now have 40 years of evidence demonstrating that, where managed capitalism succeeded, neoliberalism has failed, and failed dangerously.

What to do? Large majorities of people in the U.S. want government to solve big problems, including climate change, money-corruption of our elections, and economic inequality: Therefore, the solution is obvious: to give ordinary people a real voice in public policy by (1) enforcing one-person-one-vote-no-exceptions democracy, (2) enact comprehensive election and lobbying reforms to get private money out of politics, so we can then (3) rebuild the capacity of government to manage capitalism again, to assure the well-being of the people. All the people.