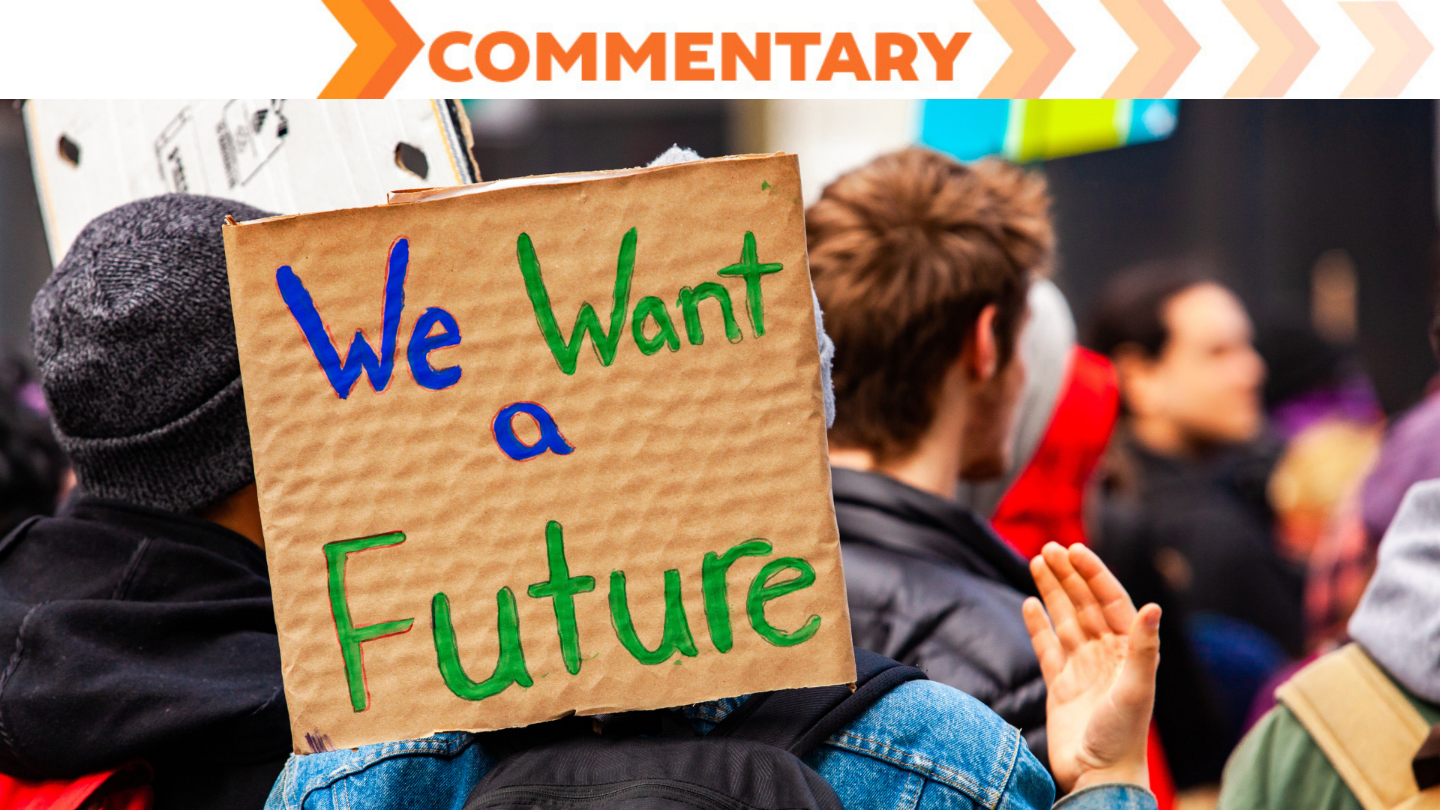 In the U.S., a philosophy called “neoliberalism” began to dominate economic and political thinking when Ronald Reagan became president, in 1981. As Robert Kuttner puts it, “The basic argument of neoliberalism can fit on a bumper sticker. Markets work; governments don’t.”

Progressives want government to protect air and water from toxic industrial discharges, but neoliberals differ: they believe everyone harmed by toxic pollution can hire a lawyer, bring lawsuits against corporate polluters, and win cash awards, compelling polluters to eliminate toxic discharges. Markets can do it all — at least in neoliberal dreams.

In the real world, neoliberalism has turned out to be wrong every time.

We now have 40 years of experience revealing, in detail, that neoliberalism has not worked as advertised. Nearly 30 million Americans still lack health insurance. Inequality has soared to new heights and Black families are still the hardest-hit. Worldwide, babies are now born with toxic chemicals in their blood. And scientists are warning us of a “ghastly future” because corporations are destroying the natural world.

The results of neoliberal policies are visible all around us: enormous inequality, trillions of dollars of corporate profits hidden overseas where they evade U.S. taxes, stagnant wages for the working class, loss of labor union power to balance corporate power, loss of a voice in policy for everyone except the rich, widespread distrust of government, and loss of faith in democracy itself.

In 2021, the most obvious effect of neoliberal policies is widespread anger and resentment, which gets expressed sometimes as suicide by drugs or alcohol, sometimes by voting for a demagogue, and sometimes by deadly insurrection.

Although wealthy white mostly-men created neoliberal ideology and policy, the working-class has borne the brunt of it; these victims of neoliberalism have been told to blame people of color and immigrants for their plight (never mind that people of color have been hurt even worse than whites). Importantly, neoliberals have rekindled latent racism and fear of foreigners, which are both as American as apple pie.

One reason neoliberalism has become our dominant ideology is that progressives have bought into it to an astonishing degree, perhaps hoping to “work together” with hard-core neoliberals to achieve progressive goals.

Faced with a very-real “vast right-wing conspiracy” Bill Clinton tried to appease neoliberals: he announced that the “era of big government is over,” and he declared an end to “welfare as we know it.” He adopted neoliberal anti-government slogans and policies to try to placate neoliberals, but neoliberals just laughed in his face. President Obama tried something similar, but Newt Gingrich of Georgia and Jesse Helms of North Carolina had taught neoliberals to stand their ground. Progressive overtures to neoliberals merely weakened progressivism as a social force. (In his book Kill Switch, Adam Jentleson emphasizes the crucial role of the U.S. Senate in all this and offers remedies, especially changing Senate rules to eliminate the filibuster. But I digress.)

Many progressives have adopted the neoliberal distaste for government regulation. Starting with Democrat President Jimmy Carter, progressives deregulated the airline, electric power, and trucking industries, among others. As a result, airline comfort, convenience and pricing grew worse. Likewise in the power sector: in 2019, electricity consumers in deregulated states paid 27 percent more for a kilowatt-hour of electricity, compared to consumers in regulated states. Truckers suffered, too: In 2017, writing about the 75,000 truckers who service U.S. ports, USA Today described their working conditions as “indentured servitude.” Deregulation simply hasn’t worked as intended.

Worse, Bill Clinton went on to deregulate the financial services industry, producing the “Great Recession” of 2007–2009. Technically, the recession ended in 2009, but its effects lingered for years. Nearly 8 million families lost their homes to bank foreclosure between 2007 and 2016. Then President Obama’s foreclosure relief program helped banks, not homeowners.

The High Cost of “Free Trade”

Many progressives adopted the “free trade” mantra from neoliberals. The North American Free Trade Agreement (NAFTA) was enacted in 1994, during the Clinton administration. Under NAFTA, Mexico could no longer prevent U.S. corn from competing directly against Mexico’s peasant-scale corn farms. The price of U.S. corn is held artificially low by government subsidies to corn farmers — a total subsidy of $116.6 billion between 1995 and 2020, or about $4.7 billion each year. Mexico can’t come close to matching that, so low-priced U.S. corn soon drove Mexican corn off the market.

Mexico is not a wealthy country and cannot afford a strong social safety net; annual household income per capita in Mexico in 2018 was about $2,900; in the U.S. it was about $31,000. Cheap U.S. corn devastated Mexico’s rural economy, leaving many millions destitute. According to Waldon Bello’s short book, The Food Wars (chapter 2), because of NAFTA, as many as 15 million Mexicans left their families, their villages, their way of life, and headed north to a hostile country, hoping to find work so they could send money back home to sustain their families.

Neoliberal politicians in Mexico welcomed the depopulation and destruction of the rural countryside, intending to make Mexican agriculture “more efficient.” But then organized crime saw an opportunity. A lucrative U.S. market for Mexican drugs and the reverse flow of U.S. guns into Mexico, completed the devastation. Thanks to neoliberal “free trade” policies embraced by U.S. progressives, “…Mexico is in a state of acute food insecurity, permanent economic crisis, political instability, and uncontrolled criminal activity,” Bello tells us (pg. 53).

Cost-Benefit Analysis: What Is a Human Life Worth?

Ronald Reagan had been in office about a month when he signed Executive Order 12291 requiring every proposed government regulation to be subjected to a cost-benefit test, with dollars as the only metric. This is the neoliberal approach to the world — only dollars count. In 1993, President Clinton reduced the number of regulations subject to cost-benefit analysis, but he failed to eliminate the neoliberal practice.

Example: burning coal releases the toxic silvery metal mercury into the air; when mercury settles to the ground it gets into water, then into fish, making them toxic and dangerous to eat. If the Environmental Protection Agency (EPA) proposes a restriction on the emission of mercury from coal-burning power plants, someone in the White House compares the coal industry’s immediate cost versus the future benefit for people eating less-toxic fish. Only dollar-costs and dollar-benefits are considered, so human lives are represented by dollars. Because costs are paid now but benefits occur in the future and future dollars are worth less than today’s dollars (because of inflation), benefits get “discounted” — meaning a human life saved in the future is worth fewer dollars than a human life today.

For instance, if a human life today is assumed to be worth $6 million and the average annual rate of inflation is 3.1%, then a life saved 20 years in the future gets discounted to about $3 million. By making decisions based only on dollars, and by discounting future benefits, many strict regulations have been shot down — they failed the cost-benefit test.

As time passed, the use of cost-benefit analysis spread across the country at state and local levels, gutting regulations everywhere. As a result, millions of projects that each cause modest harm to human health and the natural world have gotten a green light because each has been shown to produce more benefit than harm without anyone ever asking, “What is the cumulative effect of all these individually-approved projects?” Consequently, we now wake up to discover that the future of human existence is in doubt.

Millions of small “beneficial” decisions, added together, have ruined much of the planet as a place suitable for the diversity of life. The Board of Directors of the authoritative Millennium Ecosystem Assessment stated 15 years ago, “At the heart of this assessment is a stark warning. Human activity is putting such strain on the natural functions of Earth that the ability of the planet’s ecosystems to sustain future generations can no longer be taken for granted.”

The neoliberal approach to decisions is to ask, “How much harm is acceptable?” The better (progressive) question is, “How much harm is avoidable?” If we routinely asked how to minimize harm, we would search systematically for the least-harmful way to achieve all our goals. This “precautionary approach,” if widely adopted by industrial decision-makers and government regulators, could ensure a future for humans on planet Earth. But first progressives would need to reject the anti-government mind-set they adopted from neoliberals. As we confront the destruction of the natural world, strong, effective government is essential for human survival.