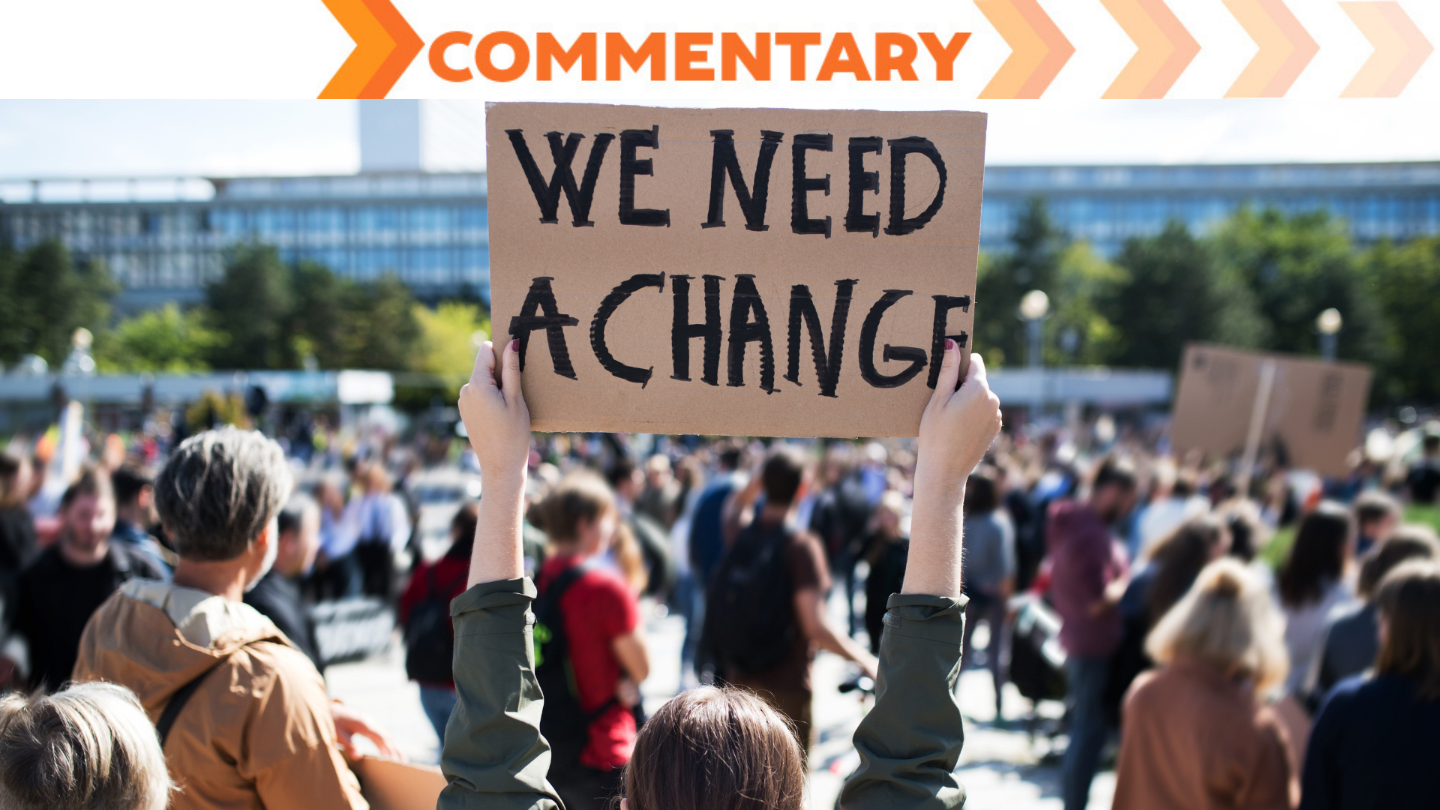 Amidst the horror, confusion, and insanity, Covid-19 offers an opportunity.

The Black Death in the year 1348 decimated Europe, leading to the Peasants Revolt of 1381; now the Covid-19 catastrophe has given rise to unrest and innovation across the U.S.  The Peasants Revolt sealed the doom of the feudal order across Europe, which created new freedoms and a modern world. Now it’s happening again. And progressives are ready, whether they know it or not.

After 50 years of mediaeval levels of inequality, stifled opportunity, stagnating wages, acute racial and gender injustice, and destruction of the natural world, something new is arising from the ashes of Covid-19.  Another world is possible!

The U.S. public wants progressive change.  Recent polls show that the public is fundamentally progressive.  As writer Gregg Hurwitz and film-maker Marshall Herskovitz recently wrote, here is what people in the U.S. basically agree on:

·       We believe hard work and innovation should be rewarded.

·       We believe everyone should play by the same rules, that the same laws should apply to all, regardless of race, religion, or background.

·       We believe in opportunity, that everyone should have a fair shot to earn a sustainable living for themselves and their family. And that working Americans have not received that fair shot for a generation.

·       We believe in laws and stability and want a competent, fair, and just legal system with enforcement that protects us all equally and is deserving of our respect.

·       We believe in borders around our country and in a lawful, regulated, and humane immigration system.

·       We believe that children from every community should have access to quality education.

·       We believe the stain of slavery and racism has not been lifted from America, in spite of the progress that’s been made.

·       We believe affordable healthcare should be available to every  American, regardless of pre-existing conditions, and that prescription drugs are too expensive.

·       We believe in preserving our oceans, land, and skies for future generations.

As Hurwitz and Herskovitz said, “We may disagree on the extent or degree of some of the above, but the overwhelming majority of us hold these values to be self-evident.

“The main issues Americans are ideologically divided on?

“Whether abortion should be a government-funded right. (But even on this issue, Americans are in agreement that it should remain legal with restrictions.)

“To what extent the rights of LGBTQ people are more or less important than the rights of those whose religions oppose such practices.”

What is holding us back?

The only thing holding us back is our lack of cross-issue, multi-silo organization.  The right is highly organized, but progressives not so much.  All of us progressives, working on our own issues, in our own way, in our own silos, have the good ideas, the commitment, the energy, the talent, and the will.  We’re just not coordinated, together, a focused force.  We are who we have been waiting for, and in our hearts, we know this about ourselves.  Yet we still all work on our own issues, heads down, ignoring the big picture, only vaguely aware of an obvious truth: we can’t win on our single issue until we all win together on the two big ones.

Two big issues are holding us back

** #1: Big money has invaded our political system and conquered it.

We know how to get private money out of our politics.  We need to end corruption.   We can do it. We just have to focus on it, organize across all our issue-areas, each spend a couple of hours a week on it, and make it happen!

** #2: After big money conquered our politics, it corrupted our elections to keep itself in power. The right set out to eliminate majority rule from the U.S. political system, and they succeeded. Using gerrymandering, voter purges, closed polling places, voter intimidation on election day, misinformation about voting times and places, voter-ID requirements, denial of the right to vote for felons who have paid their dues to society. modern-day poll taxes, and more – all to discourage voting by the young, the disabled, people of color, and those with low income ­– they have corrupted the main foundation of our democracy: one person, one vote, no exceptions.

The solution is simple: Restore one person, one vote, no exceptions.  If we all spent just 2 or 3 hours a week fixing our election system, and ending money-corruption of our system, the progressive vision can be realized. At the very least, we could mention the corrosive influence of money-corruption and vote suppression every time we speak or write for a public audience.

A way out of this mess

That’s it!  Two big changes and the system would be repaired and ready for reforms of every kind.  Then we could prevail in our individual fights against racism, sexism, ableism, crappy housing, toxic neighborhoods, mindless and world-shattering reliance on fossil fuels, nuclear adventurism, decline of our infrastructure (roads, schools, local news outlets, the promise of high-speed internet everywhere, revitalization of the rural economy…), the annihilation of the natural world, and every other progressive issue.

What can we do now?

We can start working together, across sectors, across silos, to get to know each other better, understand each others’ work, appreciate how diverse and strong and committed we really are, make new connections, start talking together about the Big Picture.  What kind of world do we want?  How do we get there? As a first step with huge payoff for every issue-area, we could work together on one specific project.

The critical role of government

Whatever your issue may be, when you think deeply about it, you know that government has an essential role to play in your success.  To succeed, every progressive vision requires government to do its part.  At its best, government levels the playing field, keeps everyone playing by the rules, allows us to accomplish things together that we can’t accomplish individually. Government – and only government – can solve our big problems.

The billionaire machine set out to discredit and disable government.  To do that, in many ways, it simply ruined government.  “Starving the beast,” was their phrase for it.  Cut taxes on the super-rich, starve government. Appoint government officials who are anti-government. This makes government ineffective, hostile to progress, unwieldy, bloated, and unhelpful. Even worse, they ruined the very idea of government in almost everyone’s mind, even in the minds of many progressives.  They convinced many progressives that government is our enemy, which it most definitely is not.  If we progressives buy into this terrible lie, we are handing our adversaries the keys to the castle.

Starting out: A possible role in government for all progressives

We’ve got to start somewhere, breaking down silos, reaching across issues areas, beginning to coalesce, cohere, and collaborate.  We need to do something bigger and better than just pay our taxes and cast a vote every few years.  We need something more lasting, more substantial, more effective, more powerful, more engaging. If we progressives are to realize our vision for this great country, we need a movement of movements.  As a start, we can work together on government.

The heart of every government is its budget.  Every government has a budget. The budget determines what government aims to do, can do, and will do.  It determines where investments will be made, which problems will be tackled, and which will be ignored.  We could all learn how to understand our government’s budget – local, county, state and federal.  We could then intervene in the budget process itself – organize multi-issue, coordinated, coherent actions to alter the budget process and the budget itself. Start to reclaim government for its fundamental purpose – to serve the common good, to assure the well-being of all the people.

People who run for office are then in a better position to get corrupting private money out of our elections, then to restore democracy based on one-person, one-vote, no exceptions.

There are many other things we could and can do together.

Coming together to become budget-watchers – while continuing to pursue our own chosen issues in our own way in our own silos – is just one suggestion among many possibilities.

The point is, can we please get started?  Together?