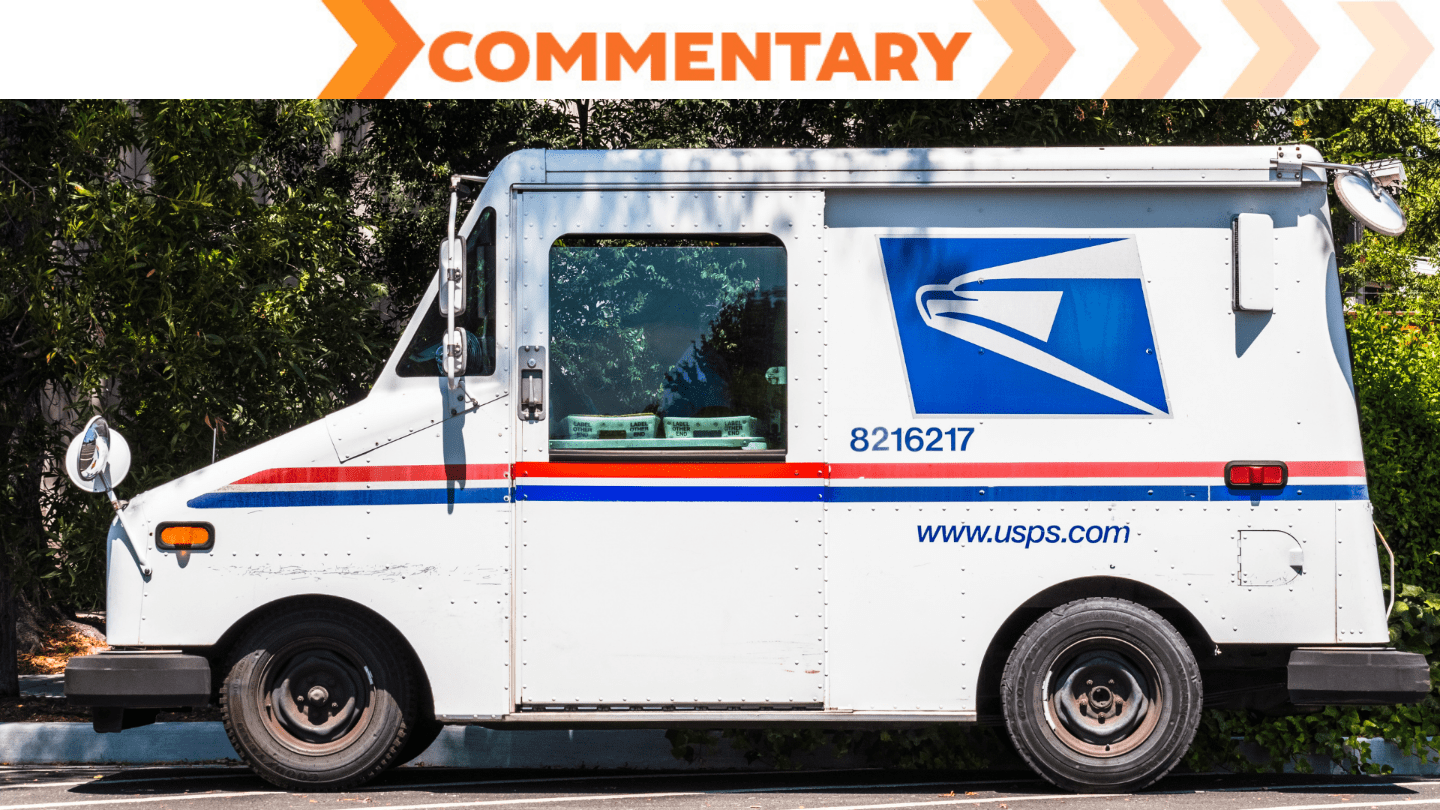 The Billionaires’ Plan to Fire Government Workers and Bust Their Unions

Less than a month after President Trump took office, the New York Times warned that a “deep state” might be developing inside the federal government, meaning “an entrenched culture of conflict between the president and his own bureaucracy.”

Actually “the culture of conflict” was created intentionally, planned by Republican strategists during Trump’s election campaign, if not before. Trump entered the White House Jan. 20, 2017 armed with an anti-government-worker agenda provided by his “chief strategist,” Steve Bannon, and by the Heritage Foundation, a right-wing think-tank funded partly by the Koch network of libertarian billionaires.

This anti-worker agenda, “shared by Republicans on Capitol Hill, is not just to shrink government but to throw out the due process rules, benefits, collective bargaining rights, and anti-patronage laws that have protected civil servants for more than a century,” explains Eliza Newlin Carney in The American Prospect.  In early 2017, rough plans for a war on government workers were laid out in an undated memorandum titled “Proposed Labor Reforms” by former Heritage Foundation research fellow, James Sherk, who is now embedded in the White House as Special Assistant to the President on Domestic Policy.

To carry out the billionaires’ agenda, “The moment Trump entered the White House, he embarked on a colossal struggle with his own bureaucracy,” Atlantic reporter George Packer tells us. Initially Trump’s anti-government-worker campaign was guided by Bannon, who had pledged himself to a “fight every day” to “deconstruct the administrative state.”  By “deconstruct,” Bannon meant dismantle, brick by brick, employee by employee.

The Heritage Foundation defines the “administrative state” as all government departments and agencies created since about 1830 to govern an increasingly-complex society – the Departments of Agriculture, Commerce, Labor, Veterans Affairs, Health & Human Services, the Environmental Protection Agency, and so on. Heritage argues that these agencies have been given powers that violate the Constitution.

The plan to “deconstruct the administrative state” sounded wonky and boring, so right-wing radio soon recast it as a fight to the death against a “deep state” conspiracy by shadowy government workers supposedly aiming to debilitate the Trump administration.  As it turns out, this particular “deep state” story is merely cover for a Republican plan to destroy government-employees unions and turn the civil service into a partisan political football. (An entirely different and much more salient “deep state” story was told by C. Wright Mills in 1956, Lewis Lapham in 1996, and Mike Lofgren in 2014 and 2016. That deep-state story has been studiously ignored by Republicans and Democrats alike for 64 years.)

The Bannon-Heritage-Republican war against federal workers unfolded only slowly because Trump was not temperamentally or strategically equipped to focus on anything for very long, much less conduct a multi-year war on a bureaucracy that had been protected from political attack since 1883. As Packer explained (and numerous tell-all books have confirmed), “The new president was impetuous, bottomlessly ignorant, almost chemically inattentive. While the bureaucrats were seasoned, shrewd, protecting of themselves and their institutions.”

Despite Trump’s personal failings, and even though Bannon was fired from his White House job in August, 2017 (and is now under indictment for fraud), the Heritage Foundation’s plan slowly advanced. The philosophy behind the Heritage agenda is not very complicated: as Republican hero Alan Greenspan explained matter-of-factly when he was chairman of the Federal Reserve, making workers continually more insecure is essential for holding down wages.  Therefore, government workers, like all other workers, must be made continually more insecure.

The first victim of the Republican war on government workers was the foreign service within the State Department, which was “hollowed out from within.” According to George Packer, “Rex Tillerson, Trump’s first secretary of state, bled the department dry. To purge it of bloat, he tried to gut the budget, froze hiring, and pushed out a large cadre of senior diplomats. Offices and hallways in the headquarters on C Street grew deserted,” as confirmed by first-hand reports.

The next Koch-Heritage-Republican victory over government workers took the form of a law Congress enacted in June 2017, the “Department of Veterans Affairs Accountability and Whistleblower Protection Act of 2017 (P.L. 115-41).”

When the law was first proposed, government workers recognized it for what it was – an assault on low-level employees of the Department of Veterans Affairs (the V.A.), not protection for whistle blowers.  Critics of the law identified it as a first step by Republicans to make it easier to fire workers government-wide.  Don Kettle, a professor of public policy at the University of Maryland said the goal of the law was “to try to break the back of the civil service system.”

So, why did a few Democrats support the bill?  Jacqueline Simon, policy director for the American Federation of Government Employees said Democrats fear retribution from a Koch-funded advocacy group, Concerned Veterans for America, which spent $3.5 million supporting Republican candidates in 2016. “People are terrified by the Koch brothers’ money,” said Simon. “Even Democrats.  They’ve got people running scared.”

The new law was sold to Congress as protection for whistle-blowers fighting waste, fraud and abuse in the V.A.  However, 28 months after the law went into effect, a 100-page report by the V.A.’s Inspector General found that, “Notably, in its first two years of operation [the V.A. Office of Accountability and Whistleblower Protection] acted in ways that were inconsistent with its statutory authority while it simultaneously floundered in its mission to protect whistleblowers.” The report described cronyism and favoritism within the new office.

However, another part of the law worked well.  During the same 2-year period when it failed to protect whistle-blowers, the V.A. managed to fire 8,630 low-level workers, an average of 10 employees fired each work-day during the first two years after the law was enacted.

The Final Assault on Government Workers

The final Koch-Heritage-Republican assault on government workers is unfolding now, embodied in presidential executive order (EO) 13957, which Trump issued Oct. 21, two weeks before the 2020 election.  If left intact, EO 13957 will permanently hobble the effectiveness and credibility of government by turning hundreds of thousands of nonpartisan civil-service jobs into political positions; current employees could be instantly fired and replaced by political hacks and donors at the whim of the president.

Right now, within the federal government, executive agencies are staffed by slightly over 2 million civilians. Of these 2 million, about half are career civil servants who qualified for their jobs by passing a rigorous competitive exam; they are members of the “competitive service.”  The competitive service is nonpartisan; its member take an oath to uphold the Constitution, not any particular president. They are guided by laws and professional standards. Their hiring, wages, pay scales, working conditions, and tenure in their jobs follow rules set by the U.S. Office of Personnel Management. They are thus protected from whimsical replacement by politicians who might offer federal jobs in return for votes – the so-called “spoils system” pioneered by President Andrew Jackson. By passing the Pendleton Act in 1883, Congress replaced the “spoils system” with our current merit-based, political-insulated civil service, precisely so the government could function professionally and effectively without political interference.

Now the Koch-Heritage-Trump executive order would lay waste to the Pendleton Act and politicize large parts of the civil service, thus undermining the effectiveness, professionalism, and credibility of all executive government agencies.  Here’s how the plan would work:

Under President Trump’s EO 13957, tens of thousands, perhaps hundreds of thousands, of “competitive service” jobs would be reclassified and placed in a newly-invented category called “schedule F” within the excepted service.

Trump and his Koch-Heritage minders are deadly serious.  Executive Order 13957 gives each executive agency until Jan. 19, 2021 (the day before Biden’s inauguration) to decide how many jobs to transfer into the new classification.  Complying with the EO, the Office of Management and Budget (OMB) has already finished reviewing all its employees and has decided that 88% of its workers deserve “schedule F” classification. Presumably, the night before president-elect Biden takes office, Trump could fire every schedule-F employee, leaving Biden with an uncontrolled pandemic to manage, a major economic recovery to organize, and a government unable to function.

Notably, there may be a hidden racial aspect to the Koch-Heritage-Republican plan to enable the firing of tens of thousands of government workers. This is not entirely far-fetched because Mr. Trump has exhibited racist tendencies for the past 50 years, as have the Kochs.  Neither does the Heritage Foundation have clean hands.

Given unspoken but very real job discrimination against Blacks in the private sector, the merit-based federal jobs held by non-Hispanic Blacks in 2017 provided an important economic anchor for the Black middle class in D.C.  Managed by anyone with racist intent, the Koch-Heritage-Republican EO 13957 could be used to weaken or destroy that anchor.

Even if Joe Biden immediately revokes EO 13957 with a contrary executive order, the Koch-Heritage-Republican triumvirate will have succeeded in punishing the imaginary “deep state” by whip-sawing a million government employees, creating fear, anxiety, hardship, grief, and anger, demoralizing the essential workers who keep government functioning day in and day out.  Government workers will forever wonder whether they have any real job security, and some may decide to just “keep their heads down” instead of fighting waste, fraud and abuse, as their professional standards would have them do.  Long-term damage to the civil service may have already been achieved.

Nevertheless, it’s not too late. Further damage can still be prevented by Congress. To easily and quickly tell your members of Congress what you think about the Koch-Heritage-Republican plan to strip the federal civil service of job protections, go to http://bit.ly/3gh53cb.