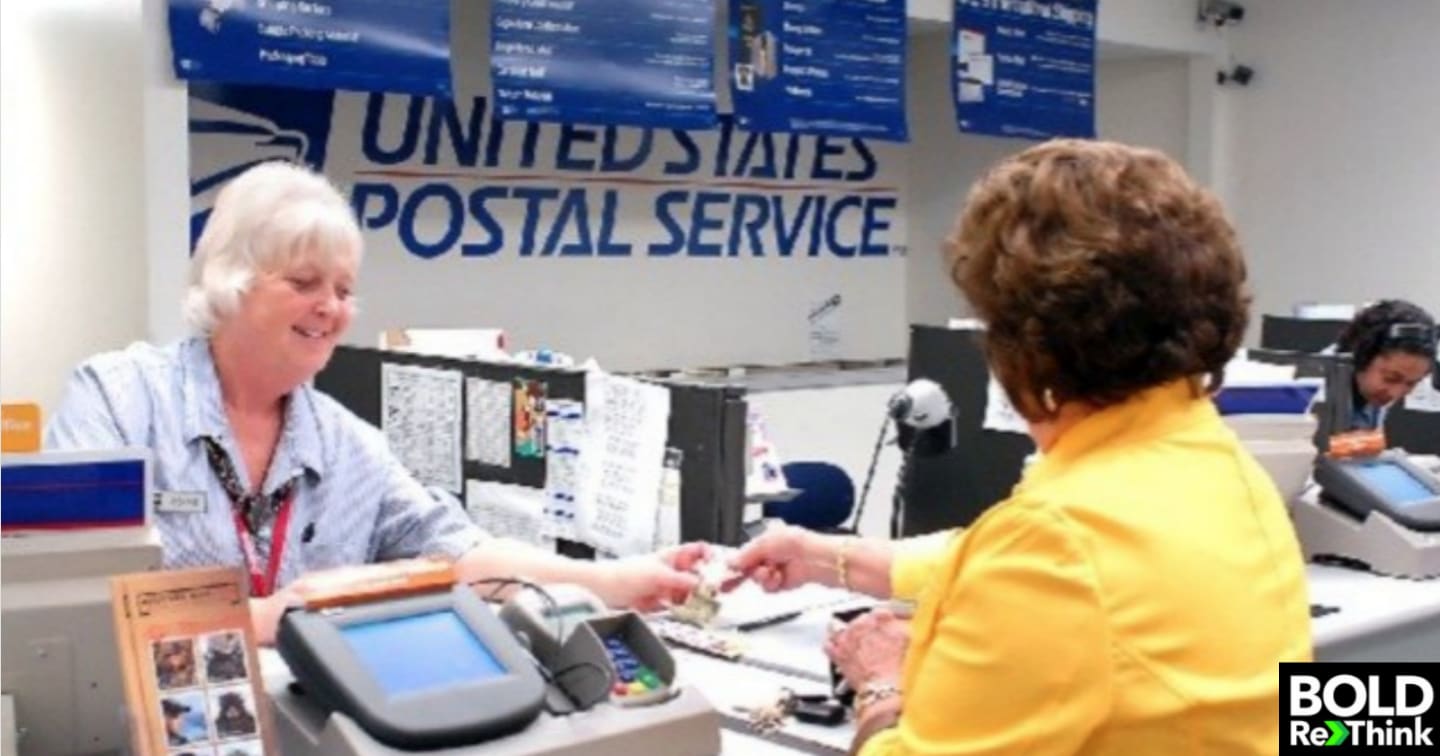 Postal Banking, A Bold Idea from the Past that Could Help Save Our Postal Service

Why Not? The Billionaire Banking Lobby Blocked This Idea, But It Could Prevail

One of the boldest ideas for helping the Postal Service thrive and meet the needs of the American people is Postal banking. Elizabeth Warren called for it. Andrew Yang endorsed it, too. Even billionaire Michael Bloomberg stumped for it. Alexandria Ocasio-Cortez and Bernie Sanders have put it at the top of their progressive agenda.

But Louis DeJoy--the new Postmaster General a financier of Donald Trump's political ambitions--is courting JP Morgan Chase to get prime real estate in U.S. Post Offices for ATMs, which would hand millions of dollars in fees to one of the largest banks in the world.

Just five years ago, that bank pleaded guilty to rigging foreign currency rates. JP Morgan Chase was also one of the first banks to get part of the TARP bailout after Wall Street crashed our economy in 2008, plus almost zero interest cash from the Fed. It got $25 billion from the TARP. Meanwhile the Postal Service has received no Covid-19 relief funds in the midst of this financial crisis.

The maneuver to get Chase into our Post Offices is in addition to DeJoy's disruptive dictates that have delayed mail and packages for millions of Americans trying to stay healthy in this pandemic and election year.

It doesn't have to be that way.

The Postal Service can return to its roots in providing banking services for Americans at low cost because the fees would not be driven by executive pay demands and quarterly stock reports.

And there's so much more we could invest in the Postal Service to provide, like helping with disaster response as it did after Hurricane Katrina. We'll be flagging those BOLD ideas too.

In the meantime, here are five links to learn more about Postal Banking and why it's a BOLD idea whose time has come. A link to take action to advance this idea is down below.