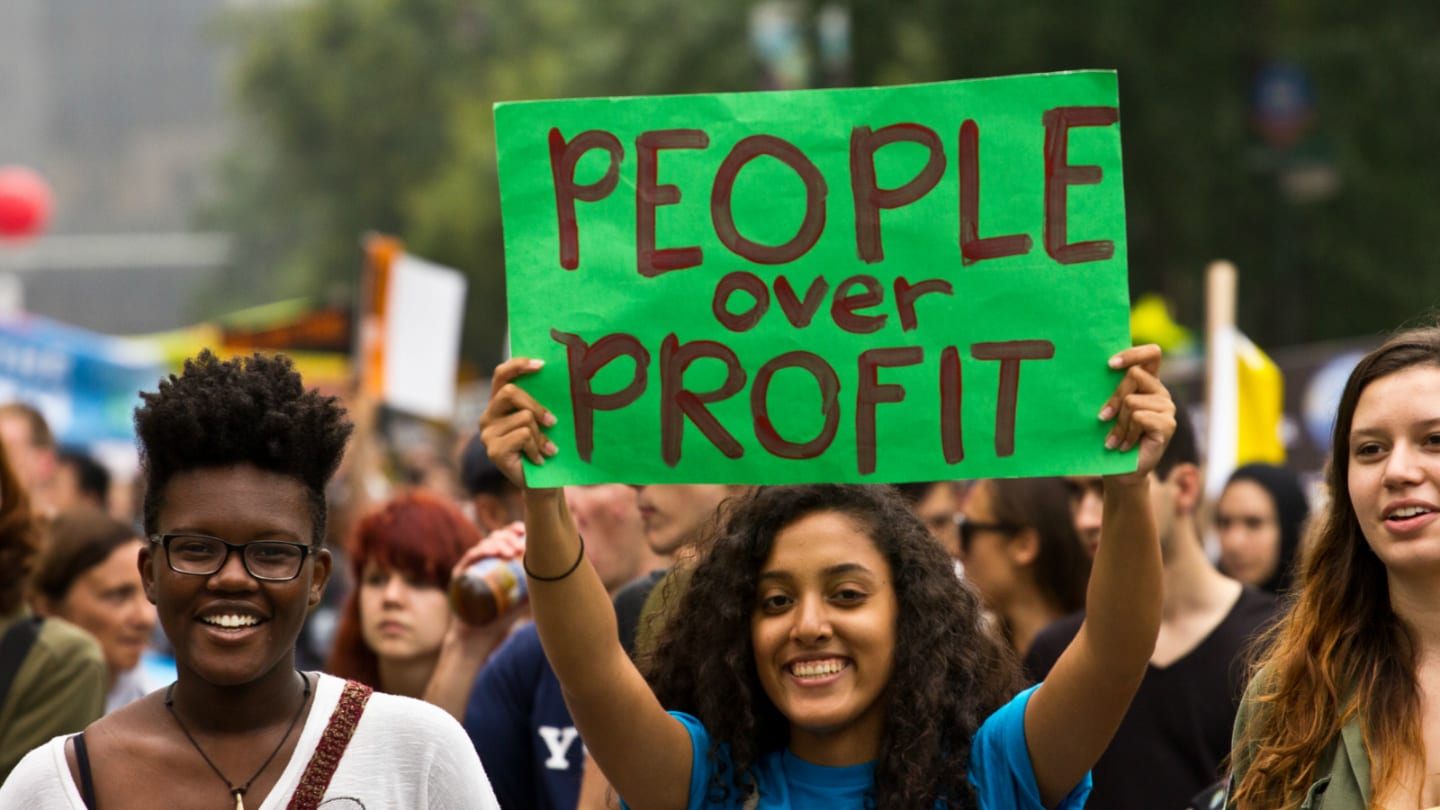 How We Got Here: A Short Explanation of the Attack on Good Government and Fighting Back

For more than fifty years, right-wing CEOs, corporations, and their front groups have engaged in a selfish experiment to redefine and limit government, limiting the power of people in our democracy.

That experiment has failed miserably to address the needs of We the People.

In 1971, tobacco lawyer Lewis Powell wrote a memo to the Chamber of Commerce mapping out a blueprint to increase corporate power in American democracy and culture. The then-young heir to an oil fortune, Charles Koch, had adopted such reactionary views that he argued Powell's memo did not go far enough. Koch's investment in advancing that agenda is the deepest, widest, and longest by one individual to expand corporate power and limit the power of ordinary people to regulate corporations and set equitable economic policies to ensure the richest few and their corporations pay their fair share.

Koch and other multi-millionaires and billionaires have spent decades trying to shrink government, distort our democracy, and limit our power over corporations.

BOLD ReThink is devoted to working with allies to help expose this agenda and working with you to share the stories of how we got here and what we can do about it.

The "economy" is not a force of nature but is the product of choices made by government and individuals, and under the influence of Koch and his network of billionaires the economy is increasingly out of sync with the real needs of most Americans. They have fought to increase their ability to capture political power through massive dark money operations, and they have used their influence to dominate numerous political decisions as well as the courts.

In 2021, we anticipate the Koch-funded groups will push hard to exploit the economic crisis caused by the deadly pandemic to try to shrink government even more.

The BOLD ReThink project will push back hard on those efforts. Please join us!