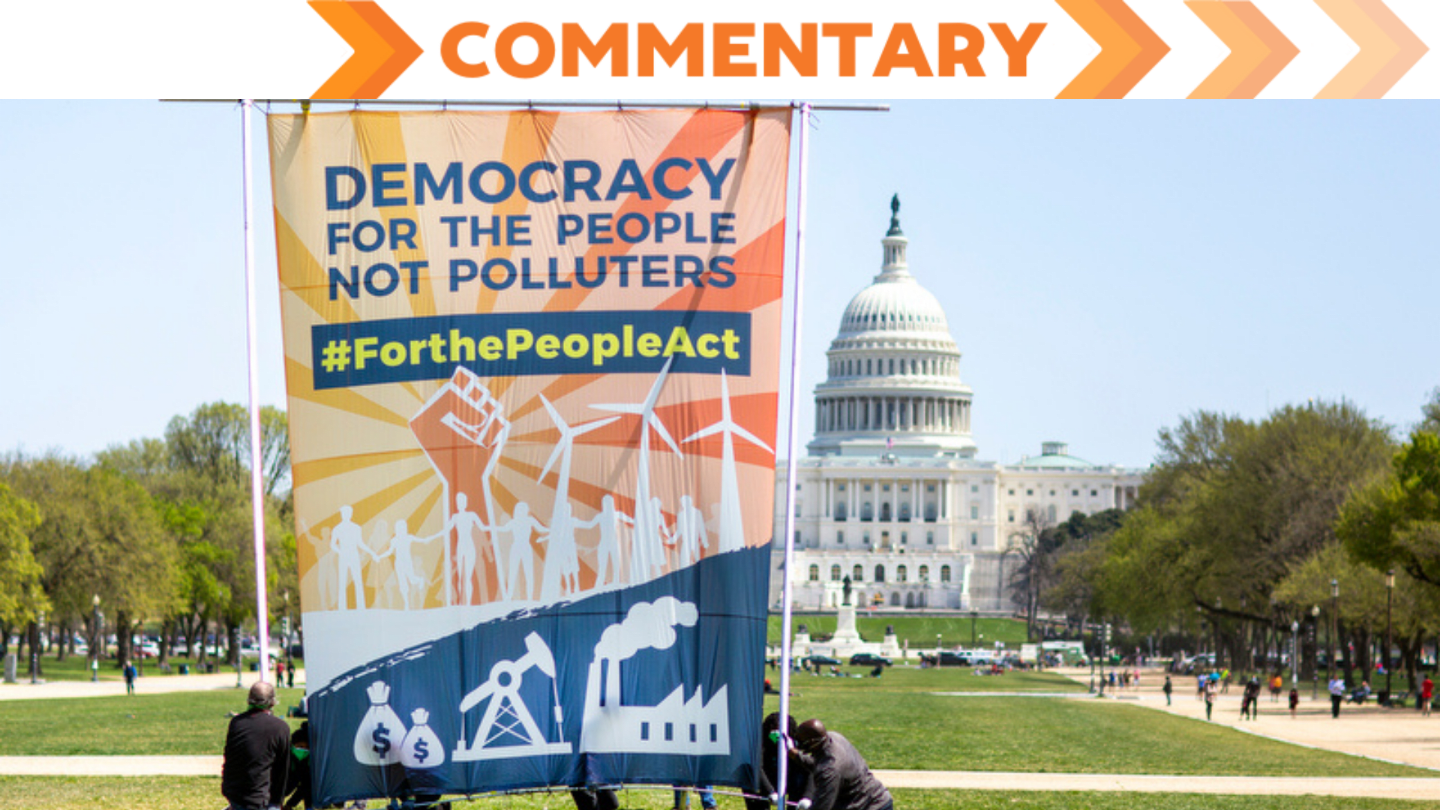 Has Anything Really Changed?

Yes, it’s exciting to have fresh ideas in the White House and in Congress, but how much has changed, really?

** We are still a fundamentally and deeply racist nation in profound denial of our history and our current realities. Our racism is so deep that most of us white people aren’t normally aware of it at all, just as fish don’t notice water. Most of us would have to undergo anti-racism training to begin to comprehend our complicity, and, yes, some pubic schools are beginning to provide it, so there’s hope. White men and boys, especially, are clueless and many of them actively resist learning the truth, though many white women and girls also share these traits. As difficult as it may be to admit it to ourselves, in a deeply racist society if we are not actively working against racism, we are silently endorsing it. Doing nothing is a choice.

** The U.S. is ruled by a tiny minority of its citizens, as researchers have been telling us since at least 1956. Today, minority rule is entrenched because, since 1975, the filibuster has empowered a minority in the U.S. Senate to control all legislation, and big money dominates the election of senators; a senate campaign costs anywhere from $11 million to $54 million — sums you don’t raise by holding a bake sale. To make matters worse, Supreme Court decisions since 1976 have enabled the super-rich to decide who can run for office and who can win elections. Furthermore, the super-rich are increasingly powerful, having expanded their wealth by 135 percent since 2009 (including a 44 percent rise during the time of covid). In addition, deliberate, organized vote suppression has diminished the political power of people of color, immigrants, the young, and those with disabilities, and it will almost certainly continue.

** Anti-trust laws are ignored; anti-trust sentiment is dead. Corporate bigness is tolerated, even celebrated. This empowers the super-rich even further.

** The average person now has essentially zero influence on public policy. Unless you’re rich, nobody cares what you think — a reality which, in turn, creates citizen apathy, further entrenching rule of the few.

** A 40-year campaign to discredit government, and even the idea of government, has succeeded. In 1958, 73 percent of the public said they trusted government to do the right thing all or most of the time. In 2019, only 17 percent of the public said they trusted government. Yet there is hope for renewing faith in government: Despite their low opinion of government, large majorities of the public still say they want government to take a “major role” in ensuring access to health care, helping people escape poverty, ensuring safe food and medicine, maintaining the nation’s infrastructure, ensuring access to quality education, setting workplace standards, ensuring basic income for everyone over age 65, and protecting the environment. Hefty majorities want active government to solve problems that individuals by themselves cannot solve. However, minority rule continues to deny the people the government they want and need.

** One of our two major political parties is disintegrating, sliding toward authoritarianism, with 70 percent of the party (27 percent of U.S. adults) now favoring authoritarian rule. Furthermore, the entire party is engaged in a nationwide effort to suppress voting because, as some leading Republican have acknowledged openly, modern Republicans won’t win many elections if everyone votes.

** Based on the 2010 census, federal voting districts will soon be redrawn and many of those districts will be gerrymandered to empower white Republican voters far beyond their actual numbers.

** Based on the latest redistricting, it is very likely that Republicans will retake control of the House of Representatives in 2022, which will spell the end of President Biden’s popular agenda. The passage of U.S. Senate bill S.1, the “For the People Act,” could render partisan gerrymandering illegal and give Democrats a fighting chance of retaining control of the House in 2022, but its passage is doubtful because a single rogue democrat is resistant.

** Historically, organized labor has been the only social force capable of countering the power of big money. But now organized labor (in the private sector) is on the ropes because employers feel free to ignore workers’ rights and Congress has, so far, refused to beef up our weak labor laws. Organizing the unorganized remains a source of hope but without pro-labor action by the Senate, organized labor will remain weak and big money will remain dominant.

** The media have become a powerful force undermining democratic rule. Local media are losing revenue and disappearing. Mass media (radio, TV, and newspapers) are consolidating further and further into fewer and fewer corporate hands, many of them controlled by the financial industry. This trend is harmful for democratic rule, and especially harmful for communities of color. Furthermore, the business model of the biggest internet platforms depends on sparking outrage, hate and disinformation in order to gain attention, to sell ads. All these trends spell serious trouble for democracy because an informed public is essential for democratic self-rule.

** We are gearing up for a new cold war, this time with China. This is chiefly because the military-industrial-homeland-security complex needs an enemy. Without an enemy, taxpayers would not support the war-spy-surveillance industries as lavishly as we do, and would not neglect the wellbeing of the people as we do. [See Figure 1.]

** Meanwhile, if we take off our rose-colored glasses, we can see clearly that the U.S. and other wealthy nations have no serious intention of reversing environmental degradation and destruction. Leading scientists warn that we are headed for a “ghastly future.” Ho-hum.

Forests are disappearing worldwide because of “hotter drought.”

Insects, birds, and mammals are going extinct at an accelerating rate.

Global heating has already permanently altered global hydrology, producing water in the wrong places at the wrong times. Disappearing glaciers are depriving large populations of fresh water; winter rain, instead of snow, in mountains is depriving farmers of spring runoff; and widespread drought is reducing crop yields, which in turn is already degrading human nutrition.

Heat beyond human tolerance is already affecting areas around the eastern Mediterranean (the Middle East and North Africa) and promises to grow steadily worse.

** In combination, water problems, intolerable heat, and rising sea level are already causing (and will increasingly cause more) human migrations on an unprecedented scale, already provoking conflict and empowering authoritarians.

** Despite all this, many U.S. social justice activists continue to claim that they are winning. They do this partly out of defensive optimism — optimism that makes it possible to get out of bed each morning and resume pushing the boulder up the hill — but also because their funders expect it. Funders tend to favor projects that can show a “win” — even if “to win” requires defining a project in such narrow terms that it could never make much of a difference in the larger trends of social and ecological destruction.

Securing and protecting “one person, one vote, no exceptions” is the reform that makes all other reforms possible, which is why authoritarians are working so aggressively to make voting difficult or impossible

In the recent past, my own experience tells me, funders of social justice work want to fund projects that are unique — no duplication of effort ­– even though to make a real difference, many organizations would have to work together on the same fundamental problem: shoring up our democracy — ensuring everyone the right to vote, eliminating rule by the few, getting private money out of our political system, abolishing the filibuster from the Senate, and abolishing the Electoral College.

Many social-change groups know they can’t win unless we first fix our democracy, but they don’t work on it (or even talk about it) because they fear it would hurt their funding.

Only active government, based on majority rule, can save the day. And achieving that would require an unprecedented coalition of organizations committed to social justice (writ large) motivated by a simple goal — to salvage one-person-one-vote democracy, to empower an active government committed to the well-being of the people and the planet. So long as we all pursue our own narrow missions and agendas, leaving to someone else the task of salvaging democracy, we’re sunk.

This article was originally published on Medium.